Darth Vader Could Be the Next President of Ukraine

When voters go to the polls in Ukraine, they will soon have their choice between a bunch of the usual lying politicians and… Darth Vader. Hey, at least he is honest about being a jerkwad. Yes, Darth Vader has officially announced his candidacy. 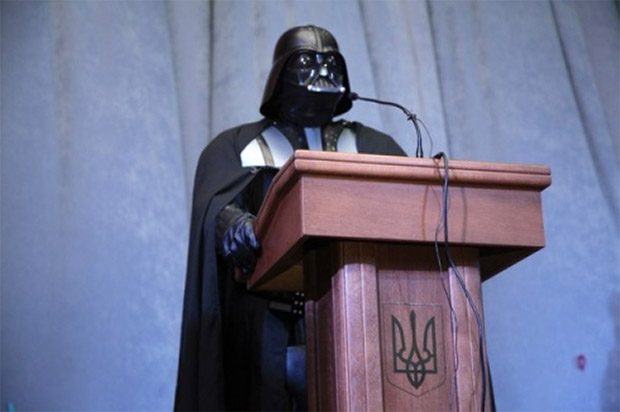 The Dark Lord of the Sith told RT news, “I am prepared to take responsibility for the fate of this country, if fellow citizens do me this high honor. I alone can make an empire out of a republic, to restore former glory, to return lost territories and pride for this country.”

This isn’t a complete prank. Well, it is, but it is an expensive one. Vader is being backed by a real party called the Internet Party of Ukraine which was made official back in 2007. The party has filed all the necessary paperwork and even made the required deposit of $225,225 so Darth Vader will appear as a candidate on the May 25th ballot. If he wins, I hope we finally get a Death Star.

[via Daily Dot and Gizmodo via Nerd Approved]