Ever wanted to work in a traveling carnival, but didn’t want to deal with the long hours, grueling travel, and sketchy carny folk? Well now you can pretend to join the carnival without ever leaving your living room, courtesy of our friends at LEGO. 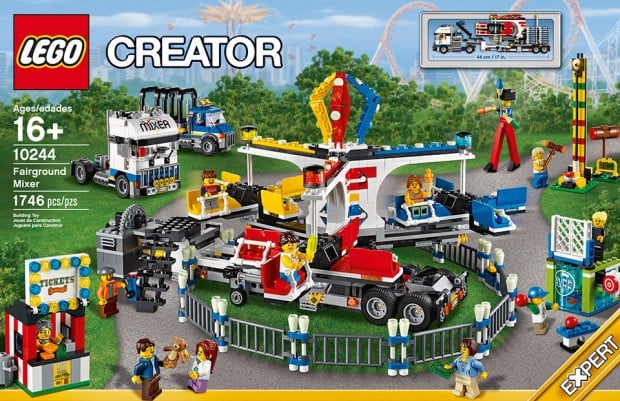 The new LEGO Fairground Mixer (set #10244) is an impressive 1,746 piece advanced kit which includes everything you need to make your own traveling carnival. 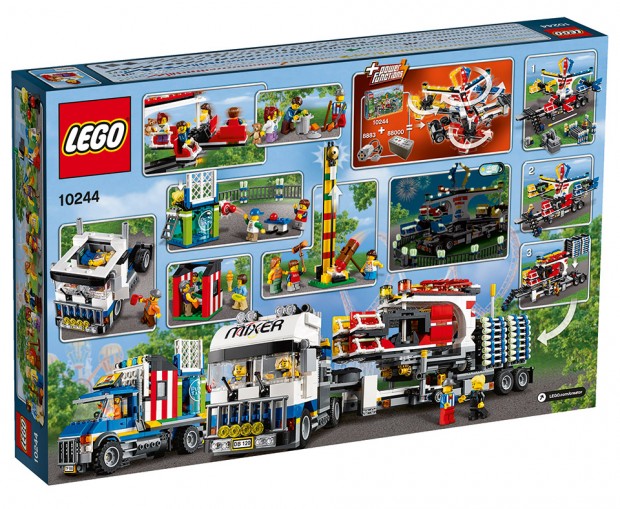 The set includes amazingly complex trucks, which open up to reveal an amusement park ride, along with all kinds of fun carnival elements. 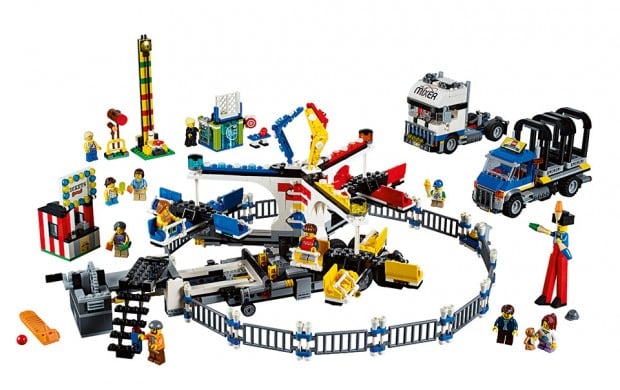 At the center of the set is one of those spinning scrambler rides, and what’s really cool about it is that it actually turns with a crank. And with the addition of optional LEGO Power Functions motors, you can have it turn automatically. Bits of the rides even glow in the dark. What makes the carnival even more special is how the entire carnival arrives on a pair of trucks. 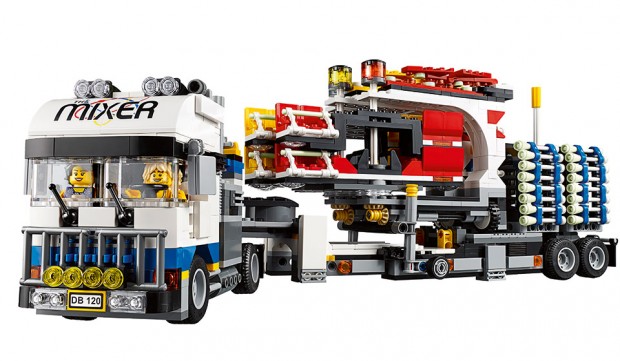 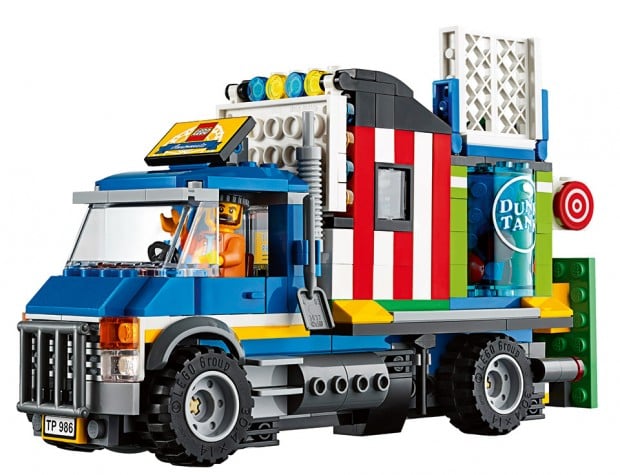 In this video LEGO designer Jamie Berard shows off all of the nifty features of the set.

The set also includes a dozen carnival folk and visitor minifigs, along with a number of fun side attractions. 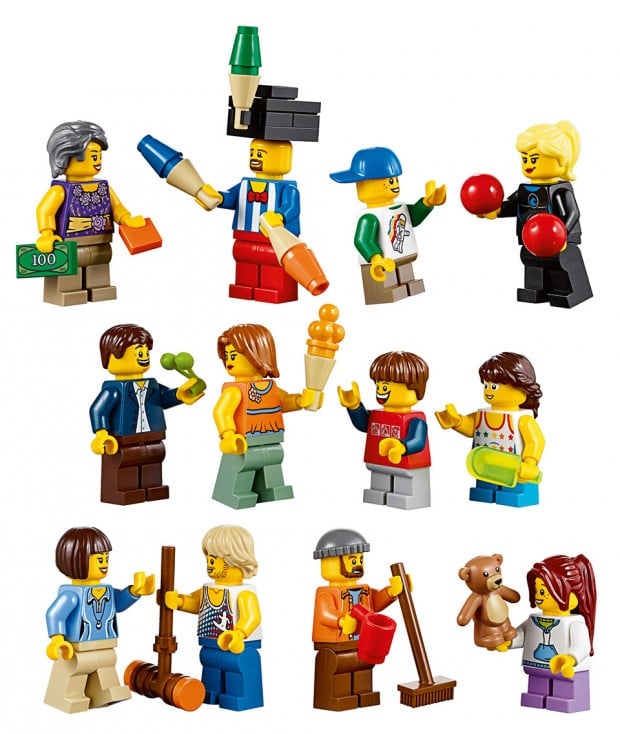 Naturally, there’s a dunk tank, as well as one of those bell-ringer things you have to hit with a mallet. There’s even a little ticket booth. 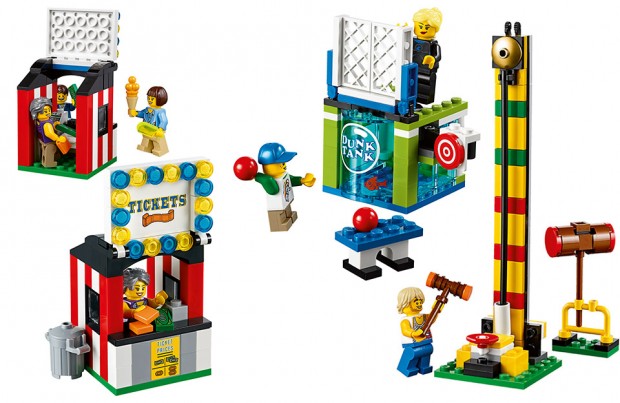 The LEGO Fairground Mixer set will sell for $149.99(USD), and will be available from shop.lego.com and LEGO stores starting in June 2014. Oh, and here’s one more awesome bonus feature… 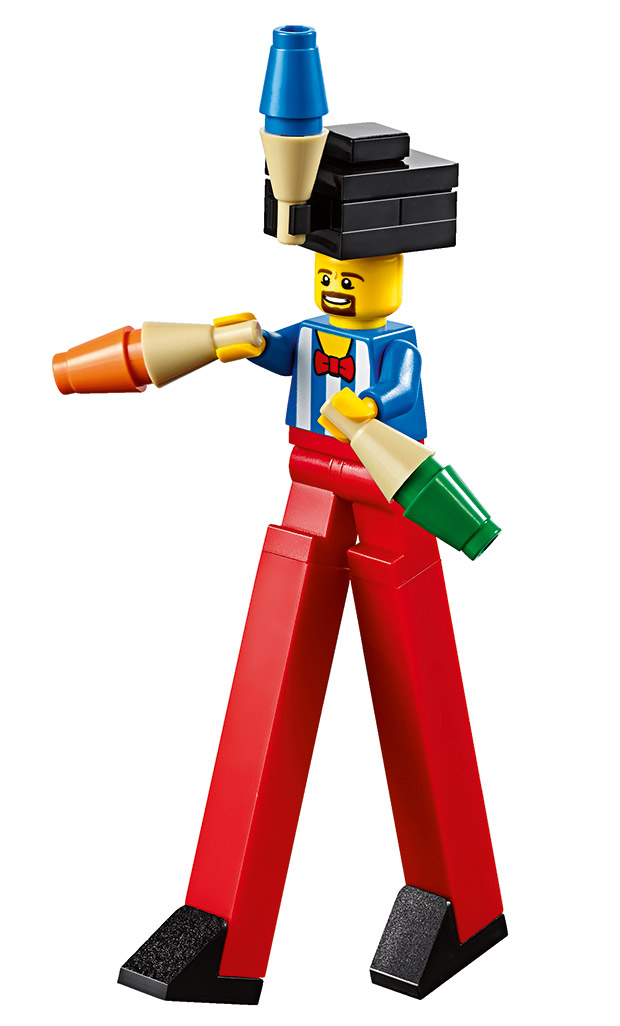