If you’re in the market for a lightweight and versatile case for your iPad, then you might want to quick head over to Kickstarter and support the ERGO Book series. 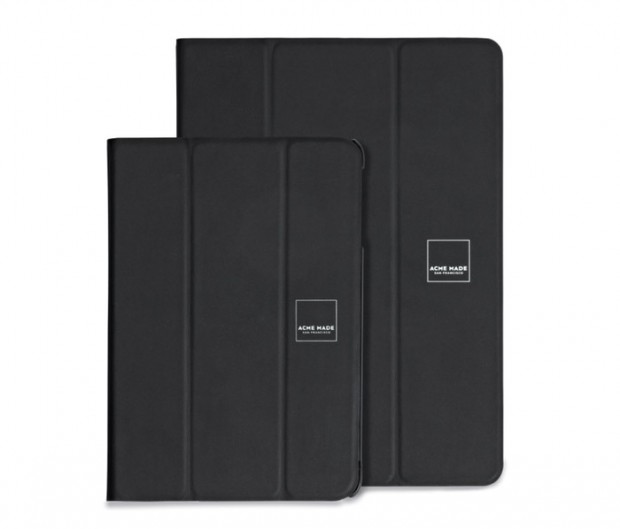 This thoughtfully designed case provides easy access to your tablet, while also offering more flexibility than Apple’s standard Smart Cover. Its made from a material called “SatinShell” which is a coated and texturized polyurethane which is both comfortable to hold, and durable. 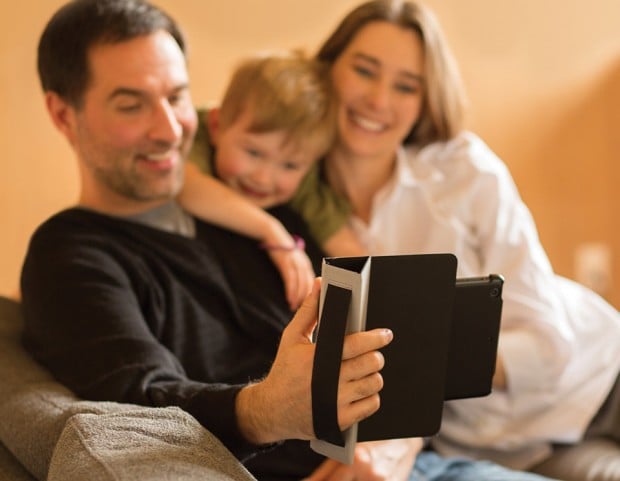 The ERGO Book protects both the front and the rear of your iPad, and it’s stain and water resistant. In addition, its stand holds in position using magnets, so it’s generally more reliable when standing up than Apple’s model. You can also hold the tablet with one hand thanks to a hand strap that’s available when the ERGO Book is opened. 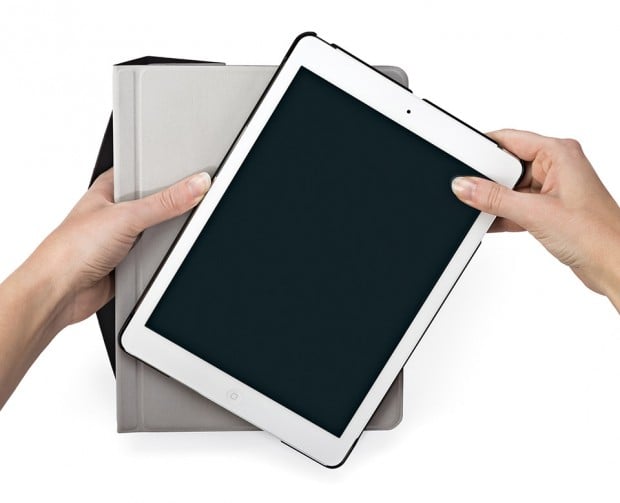 The case also offers a 360° rotational mechanism so you can use your tablet in landscape or portrait mode without taking it out of the case – and both modes work when standing up. 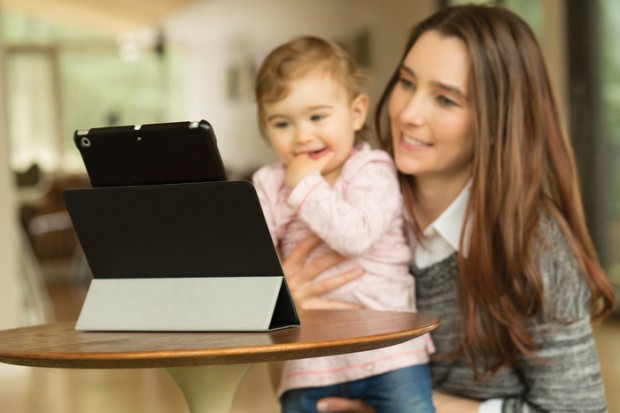 The mechanism can also slide side to side to protect and expose your iPad’s camera. You’ll also find that the case has built-in wake/sleep magnets so your iPad automatically turns on and off when you open and close the cover. The ERGO Book has already reached its funding goal on Kickstarter, and you can still get one until the wee hours of Saturday morning, June 14, but if you want one, I advise that you get your order in right now. The iPad mini version goes for $45, while the iPad Air version is selling for $50. In addition, there’s a special leather version in the works for $79 to $100. All of these prices are at a significant discount from the final retail pricing.