The only thing that occurs in FTL: Faster Than Light more often than branching dialogues is agonizing defeat. So credit Redditor oft_wears_hats for using the game to propose. He made a custom patch for the game and applied it on his girlfriend’s copy while she was taking a bath. Here’s the first option that appears in oft_wears_hats’ patch: 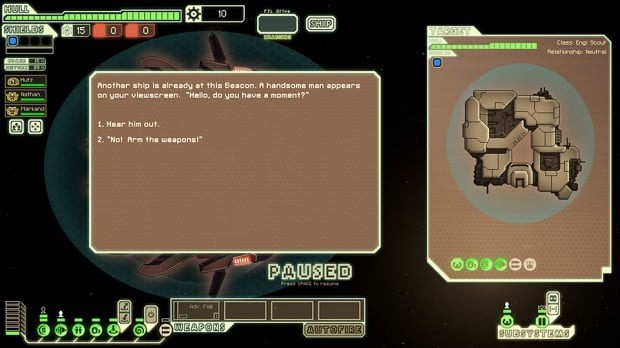 Picking the first option – which was what oft_wears_hats’ girlfriend did – yields the proposal itself: 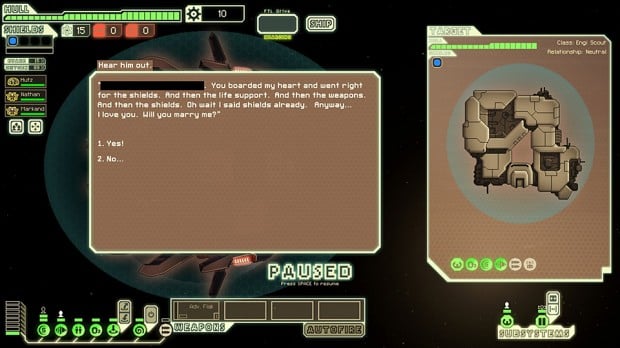 Fortunately, she said yes. However, if there’s one thing that FTL teaches us it’s to be prepared for unforeseen events. So oft_wears_hats made additional dialogue options in the event that his girlfriend picked no: 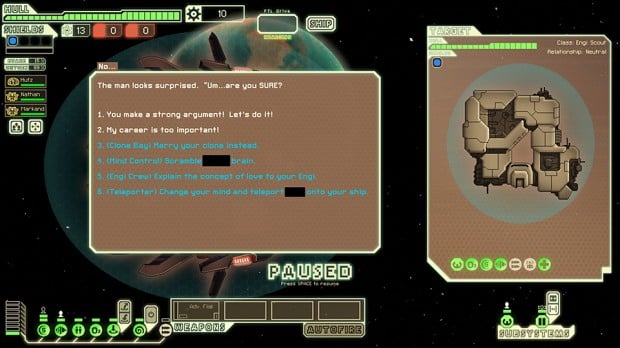 You can check out all of the dialogue options on oft_wears_hats’ Imgur album. Congrats guys! May your shields always be up and your clones be healthy.