Man at Arms: Reforged has journeyed into the fantasy world of Skyrim to forge a real world Dragonborn helmet. Even though they mostly forge weapons, a true smith does armor as well – and Baltimore Knife and Sword does just that. It’s not all about attacking after all. You have to protect your body parts too. 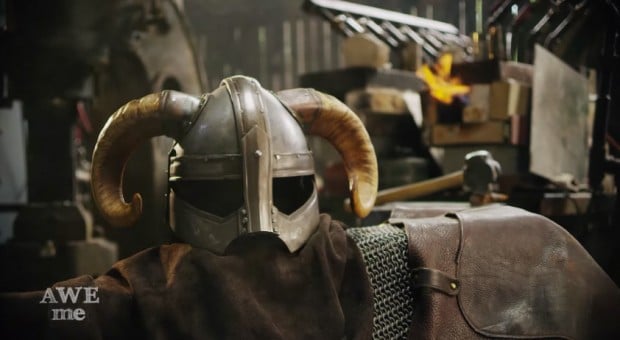 To demonstrate its effectiveness in combat they sliced a watermelon with a sword, and then tried to slice the helmet to show that it is a functional piece of armor. All it did was wreck the sword. Really wreck the sword.

The guy wearing it would live, although he would have a hell of a headache. Better then having your head slashed for sure. I would go into combat with this helmet myself, but I took an arrow to the knee.