This Five-Year-Old Is a Microsoft Certified Professional

When you hear the words “Microsoft Certified Professional” you probably either think of a white guy in his 30s or the fact that all that phrase really means is that the pro in question is certified to be able to properly install Windows and troubleshoot Windows installations. What you don’t think of is a five-year-old. Despite your thoughts, Ayan Qureshi squeaked by in the test with a minimum score of 700 out of 1000 to become what can only be assumed to be the youngest ever Microsoft Certified Professional just before his sixth birthday. 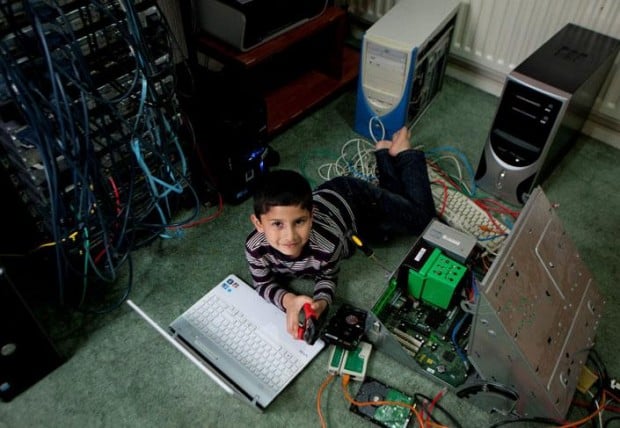 His dad, an IT professional, says of his son that “He used to sit next to me and watch me very carefully,” so the dad started showing him the basics of how to use a computer, and soon enough Ayan had his own little workshop set up where he could mess around with operating systems. His services are not on the market yet, because he’s wisely focusing on school, but he is continuing to learn about computers and IT. If he chooses that as a career, I imagine he won’t have trouble getting work.