Leap Motion, the company behind the eponymous hand motion sensor, have come up with a clever way to let Oculus Rift users see what’s in front of them without taking off the headset. It’s called Quick Switch, an app that switches the feed from the Oculus Rift to the infrared cameras of the Leap Motion sensor and vice versa with a simple gesture. 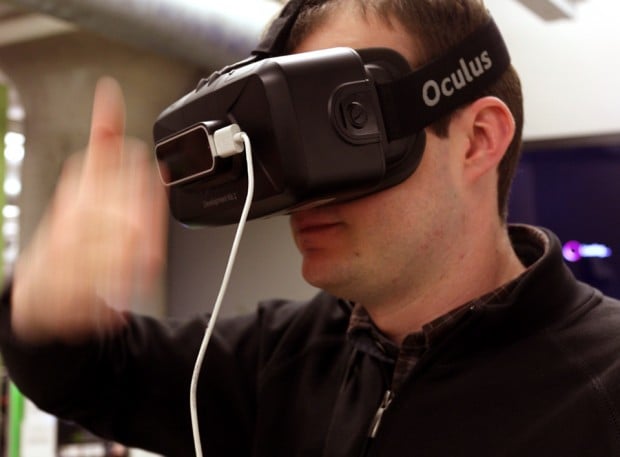 The Leap Motion needs to be mounted in front of the Oculus Rift in order to use Quick Switch. With the app installed, all you have to do is swipe one hand 1″ to 3″ above the sensor; you can swipe from top to bottom or vice versa. This will switch the feed from the Oculus Rift to the Leap Motion’s infrared cameras, allowing you to see what’s in front of you. Simply repeat the gesture to jump back into virtual reality.

You can get Quick Switch as an executable file from Leap Motion, but it will also be included in the company’s Unity Core Assets: VR Edition. This means developers will be able to include it in Unity-based apps, even on ones that don’t involve Leap Motion interaction.