It’s really difficult to stand out from the vast sea of phone cases on the market. The guys behind the Impulse phone case have done just that. What makes the Impulse truly different is that it doubles as a portable speaker. 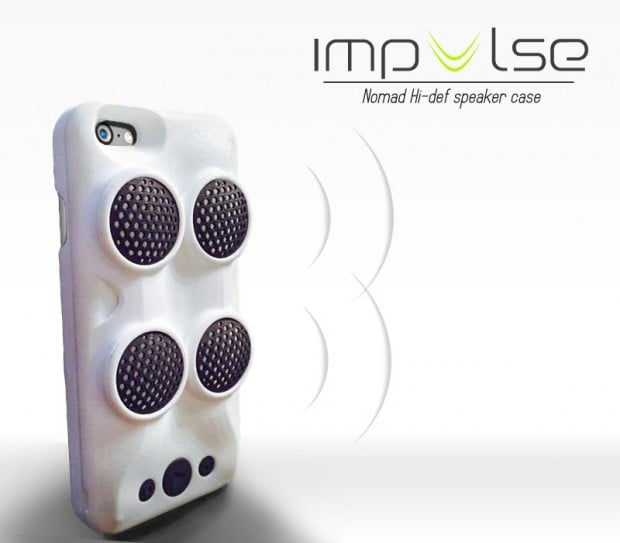 The funky bug-eyed iPhone 6 case adds four tiny bass-reflex speakers, along with an amplifier and audio circuits so you can crank the volume of your phone up to 11. The case adds a bit of bulk to your phone, but the tradeoff is a truly portable sound system. 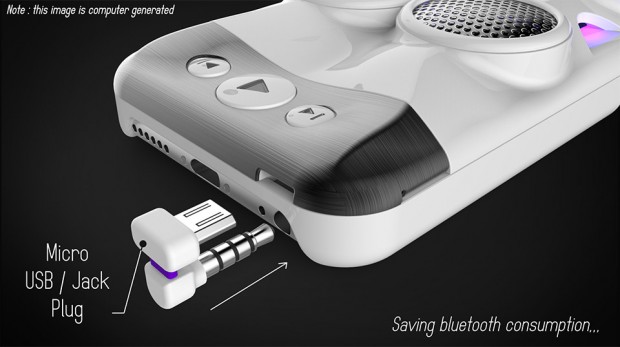 The case has its own rechargeable battery and connects to your iPhone via the headphone jack – reducing the power drain and interference that can happen with Bluetooth speakers. It also has playback controls for your phone, and a built-in microphone so you can use it as a speakerphone. The button cover doubles as a hinged kickstand as well.

It’s really hard to tell from the prototype in video clip above how good the speakers will sound, but I’m betting the video recording process adds quite a bit of distortion based on past experience.

If you’d like to get an Impulse case, head on over to Indiegogo, where a pledge of at least $80 CAD (~$66 USD) will get you one of the first cases.