I used to watch a lot of old TV show reruns in the summers growing up. Back then we had four channels on TV and one of them was reruns of old shows like Happy Days, The Munsters, The Addams Family, and Lost in Space with lots of Gilligan’s Island mixed in. I grew to be a big fan of Lost in Space and always wanted my own robot like Will had. 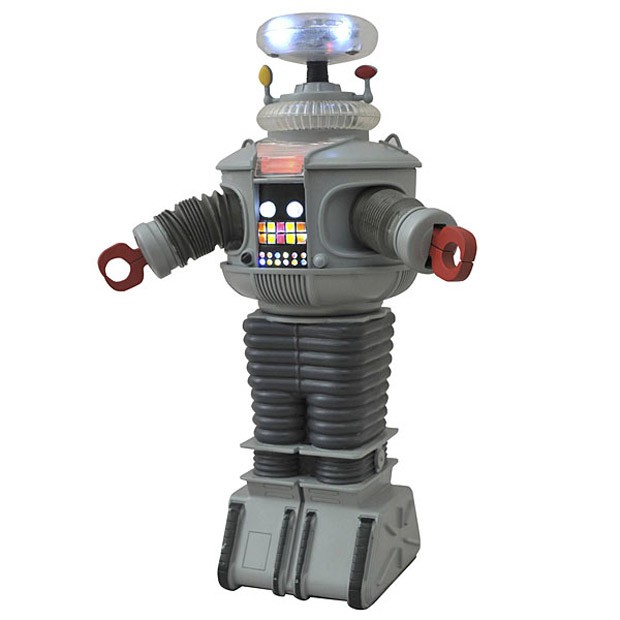 Alas, now that I am an adult, I still don’t have my own robot to follow me around and tell me when danger is present. Fortunately, I can get this awesome toy version of the B-9 Class M-3 General Utility Non-Theorizing Environmental Control Robot, otherwise known as Robot on the show.

The 10″ tall figure has blinking lights, say things from the show, including “Danger Danger Will Robinson!”, and you can open and close his claws. Get your own robot for $49.99(USD) at ThinkGeek.