While most of us think of space exploration when we think of NASA, the organization actually has made thousands of contributions to the field of aeronautics over the years that go beyond launching rockets into space. 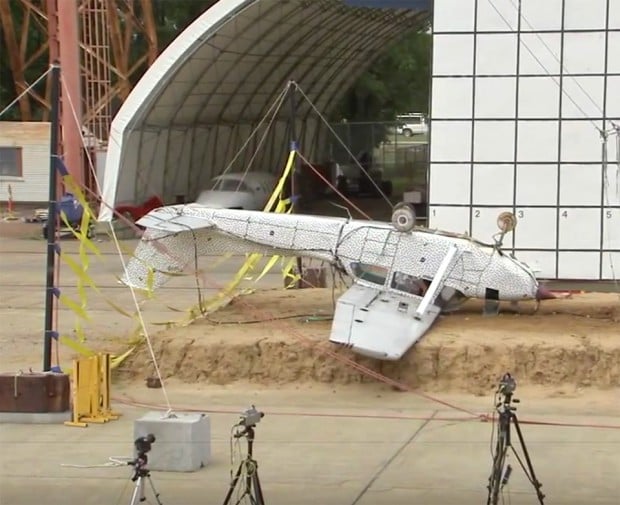 Take, for example, the work that NASA is currently doing to help improve emergency locator transmitters (aka beacons) which are used to help find airplanes in the event of a disaster. Just this week, NASA took a Cessna 172 airplane and dropped it from 100 feet to measure the impact on these devices in a crash scenario. This particular test crash was designed to be something that would be survivable, so it’s definitely a scenario where being able to find a downed flight quickly would be critical.

It’s not clear what will be done with the data they collected, but I’m hoping it will lead to improvements in the placement of, and materials used to build these devices, which could make finding lost planes easier, thus improving the chances of rescue and recovery efforts.