Calimacil Glowing Foam Lightsaber: There Is No Part of This Blade That Cuts

It may sound like an anti-fungal cream, but Canadian company Calimacil actually specializes in LARP weapons, armor and accessories. The company has recently developed a lightsaber that can emit lights and sounds but is safe to use, thanks in part to the translucent foam that they use for the blade. 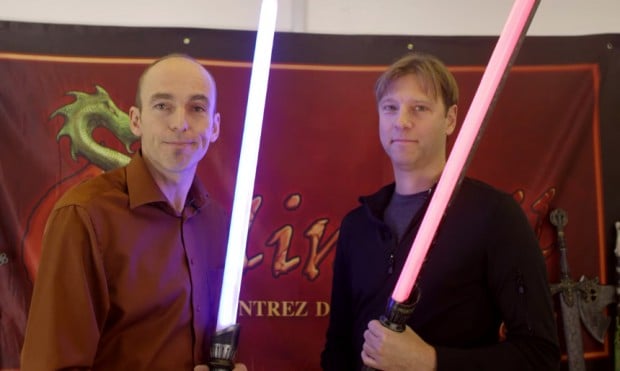 The foam lightsaber blades will be available in two types and three tiers. There’s the plasma blade, which is basically the lightsaber you know and love, and the vibro blade, which emits less light and has a secondary non-foam katana blade, similar to the beam katana in No More Heroes.

The tiers start with basic red and blue blades, which don’t have electronic parts:

Then there’s the basic red and blue light up blades, which can’t change color. You can choose between the 14W vibro blades and the 35W plasma blades.

The third and top tier blades have RGB LEDs, so you can change their color and patterns with the help of a mobile app. Once again, you can pick between the 14W RGB vibro blade and the 35W RGB plasma blade.

Calimacil will also release three tiers of hilts, with the decorative details and electronic capabilities improving as you go higher. Note that these hilt designs will be available only to Kickstarter backers. As you’ll see in the table below, you’ll only get sound effects with the top tier Master hilt. 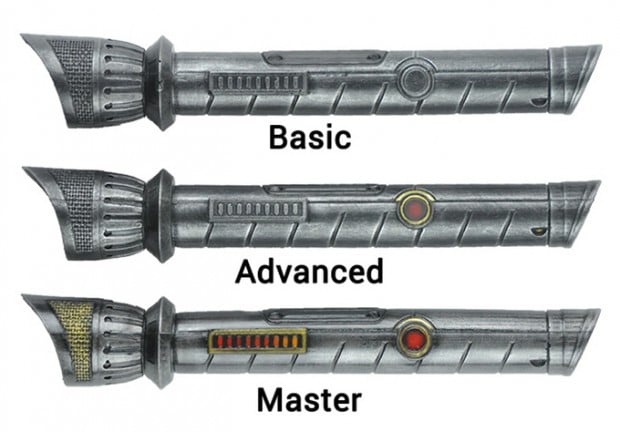 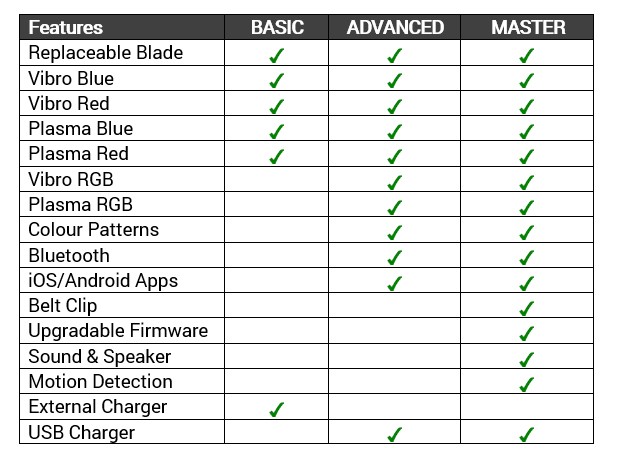 Here’s a demo of the foam blade:

Here’s the app and the RGB blade in action:

This one gives you a good idea of the blades’ brightness:

Last time you saw our mobile app. Now it’s time to have some fun testing our lightsabers in the dark. Good thing we have an intensity setting on the app, this saber is bright!

Pledge at least $99 (USD) on Kickstarter to receive the non-light up foam lightsaber as a reward. The single color lightsabers are given for pledges amounting to about $170 or higher, and the RGB lightsabers start can be yours for a pledge of at least about $290.