Applications allow PCs and mobile devices to serve different functions. But what if your gadget could change its physical form too? That’s the idea behind LineFORM, a proof of concept robot by Ken Nakagaki, Sean Follmer and Hiroshi Ishii of MIT’s Tangible Media Group. 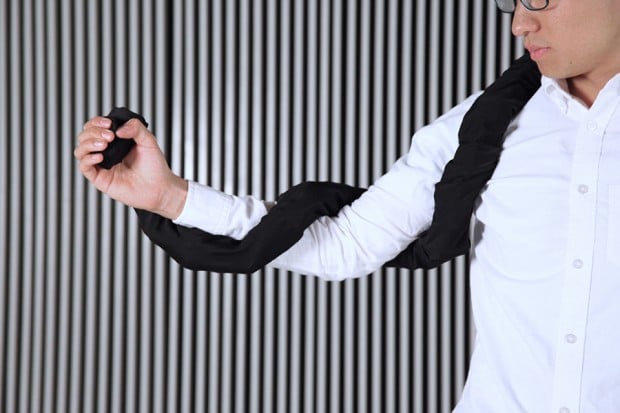 LineFORM is a snake-like robot made of several servos chained together and housed in a spandex case. This simple line can contort itself into different shapes and thus different devices: a lamp, a display, a wristband etc. The robot can also vary its stiffness at different points. This property can be used to help teach gestures or movements, such as in sports or rehabilitation. I guess it could also serve as a weapon, a compass or to warn you of danger. 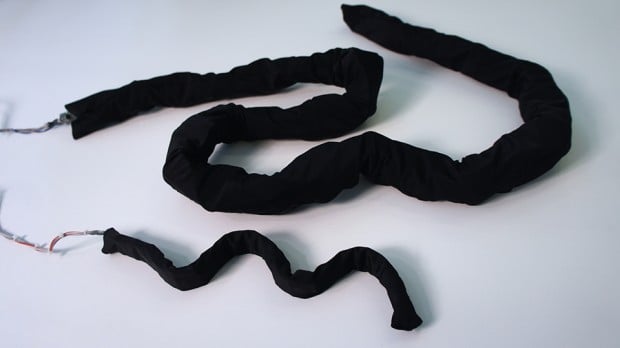 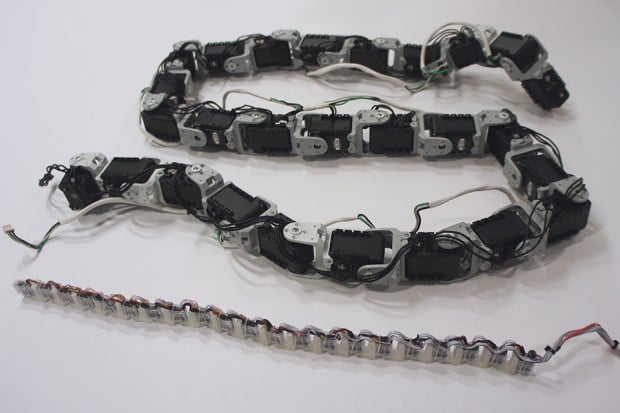 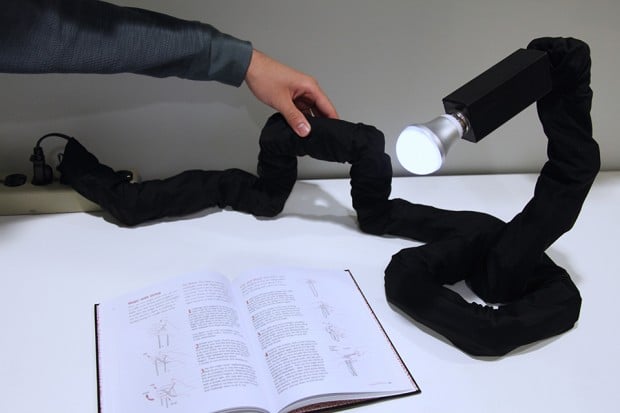 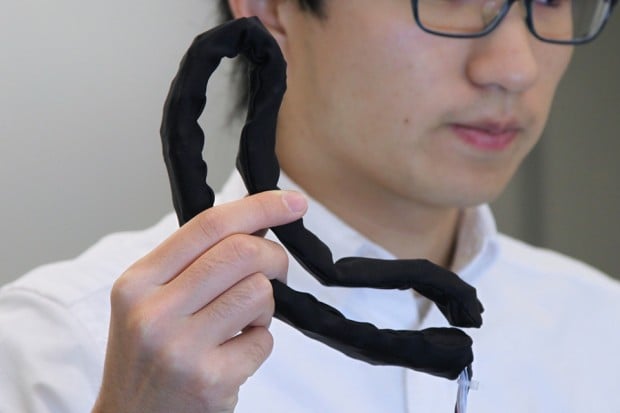 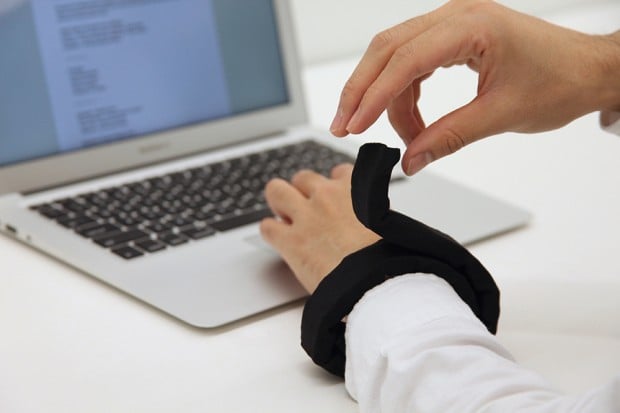 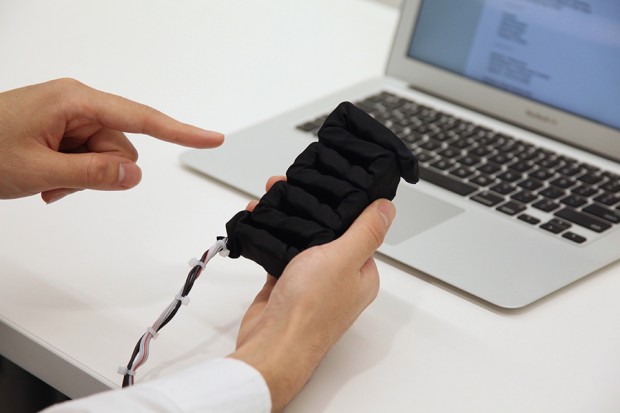 Finally, LineFORM isn’t limited to static interfaces. In the video below, there’s a LineFORM USB cable that wriggled to indicate that data was being transferred, as well as a wristband that made a tapping gesture to alert the wearer of a notification.

It’s like a real-life version of Jake the Dog. We hope it won’t kill our descendants and raise their children as its own. Head to the Tangible Media Group’s website for more on LineFORM.