Trekkies will want to hop down to their local post office and pick up some of these cool Star Trek stamps that are set to launch this year. The stamps are to commemorate the 50th anniversary of the premiere of Star Trek in 1966. 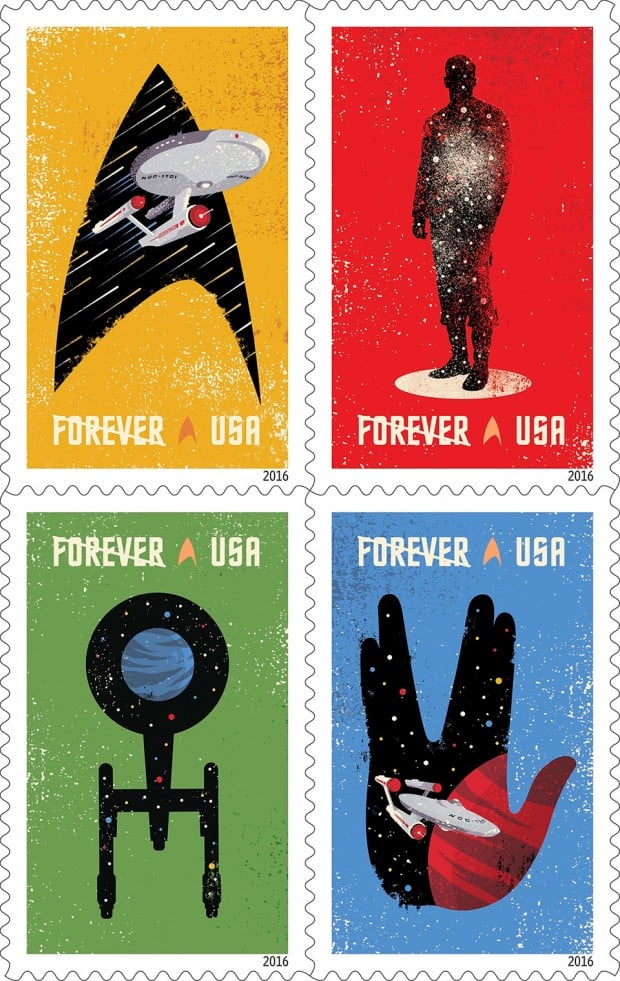 The stamps have a vintage look and were designed by a firm called Heads of State. There are four images available including Enterprise zipping through a hole that looks like the Starfleet insignia. Other stamps show a member of the crew in a transporter, a bird’s eye view of the Enterprise from above, and one of the Enterprise in a silhouette of the Vulcan salute.

Exactly when the stamps will launch is unclear at this time. There will also be other space related stamps in 2016 including images of our solar system’s planets.