Tesla Motors’ cars are some of the nerdiest vehicles you can get. But programmer su – tesla made her Model S even smarter by rooting the car’s on-board computer, allowing her to emulate the Linux distro Gentoo on it. Among other things. 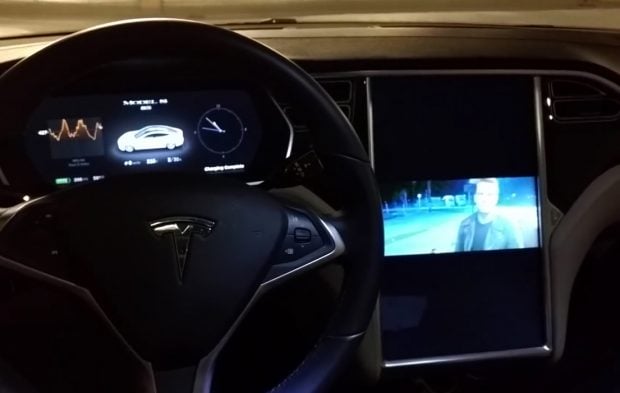 Su – tesla used QEMU to run Gentoo on her car. She says everything’s not working properly yet, but in the video below you can see SMPlayer in action, as well as a brief glimpse of Xfce.

A horizontal video on a vertical screen in a virtual machine in a computer in a car. What a time to be alive. Check out su – tesla’s blog for more on how she hacked her car.