I know fans of Game of Thrones weren’t happy Hodor was killed off. The giant has been walking around in the show saying nothing but “Hodor” for many seasons now, and once we realized what Hodor meant we realized George has been throwing his death in our faces for years. “Morning, Hodor, how will you die?” Hodor says, “Hodor.”

Ever since that episode, there have been numerous attempts to create Hodor door stops, but none quite as elaborate as this one that recently surfaced on Kickstarter. It has a 3D model of Hodor standing on the end with his back against the door. 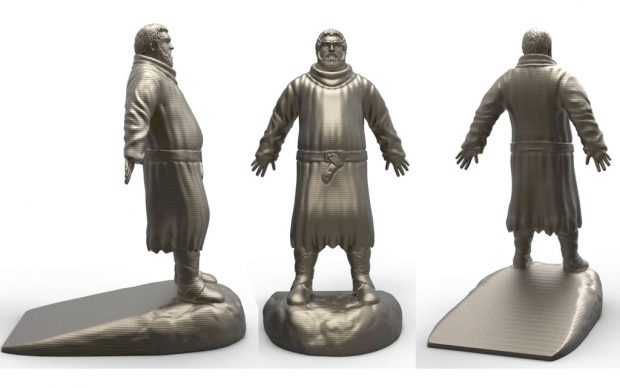 The project is seeking $5,000 and has already raised over $64,000 with 23 days to go. The catch is that the people behind the product haven’t been granted a license to build the doorstop by HBO or actor Kristian Nairn. They promise if the licensing falls through and the project is cancelled, the money will be refunded.

Given the fact that it’s just going to be made from plastic, the Hodor Door Stopper isn’t cheap at $37(USD). One dubious thing to note is that its creators have said they will ship next month. That seems a bit quick considering they haven’t landed the rights.