So how does a crazy YouTuber who likes to blow stuff up celebrate his three-millionth subscriber? YouTuber Colin Furze went all Imperial and created a Death Star filled with 5,000 fireworks. This should be fun. 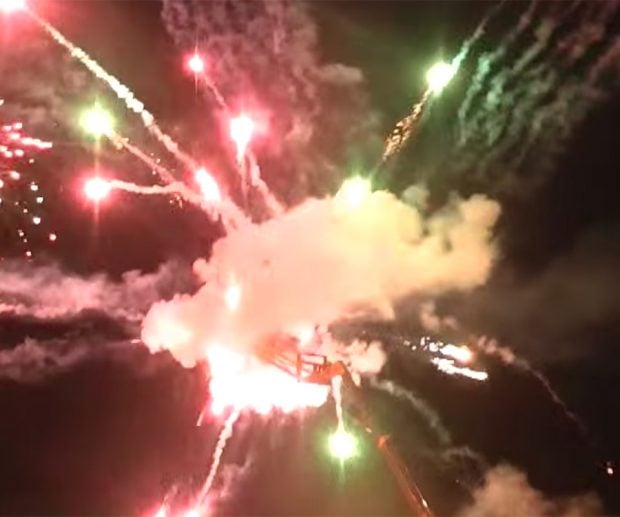 This tops all of his other inventions as this Death Star explodes, without the help of an X-Wing firing on its exhaust port, in a spectacular 20 seconds. This Death Star is covered in 58 boxes of fireworks all wired together to create a magnificent spectacle.

Forget your fireworks display. Colin has you beat. As fireworks are going every which way, it reminds me of The Last Starfighter’s Death Blossom weapon. It is completely insane!