The Smithsonian has spent about two years completely restoring the original USS Enterprise model that was used in all 79 episodes of Star Trek the original series. It’s hard to imagine spending two years working on a single model. It’s big, but not that big. Clearly, the craftsmen took their time on the restoration. 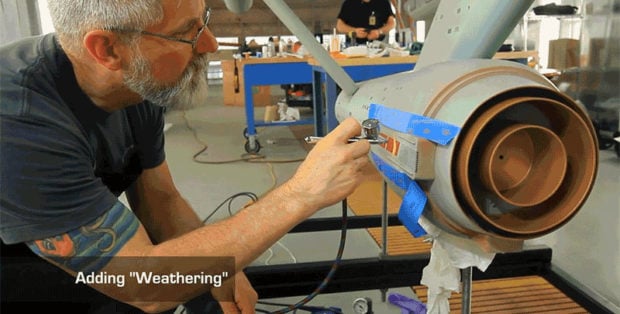 If you wonder exactly what went into bringing the model back to life, a new behind the scenes look at the process has been released, entitled Spacedock. To say the restoration was painstaking would be an understatement. The team used everything from computer analysis to images and blueprints from the original series to make sure they got every detail right.

This isn’t the first time the screen used model has been restored. The last time restoration was done, some lighting was added that wasn’t original to the model. This time out, the model was restored to as close to original as possible. Part of the process involved stripping away the paint left over from multiple paint jobs.

It’s really cool to see how they made the engine lighting effect at the front of the warp nacelles.