Augmented reality is the current hot trend in gaming, largely due to the success of Pokémon GO. Here’s another interesting game that uses augmented reality in a different way. It combines pinball with air hockey and wall climbing. It is called Climball and it looks like a lot of fun. 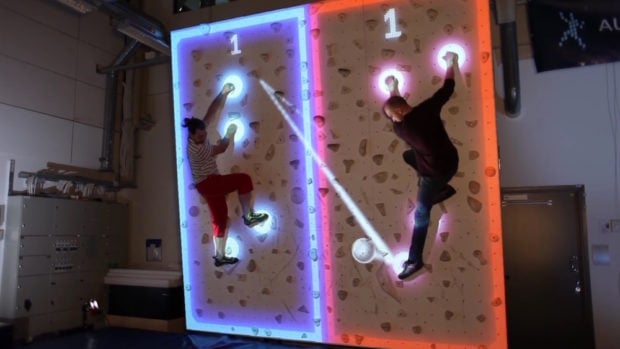 Augmented Climbing, a Finland-based company, has a great new way to get in shape. Climball projects a ball on a climbing wall which is divided into two sections. These two sections are the playing area for each player. The idea is to kick the virtual ball into the opponent’s court and avoid losing the ball in their own court. Think air hockey, or Pong on a vertical wall.

Since you have to hang onto a climbing wall while playing, this game has got to be more difficult than it looks, but it looks like a lot of fun.