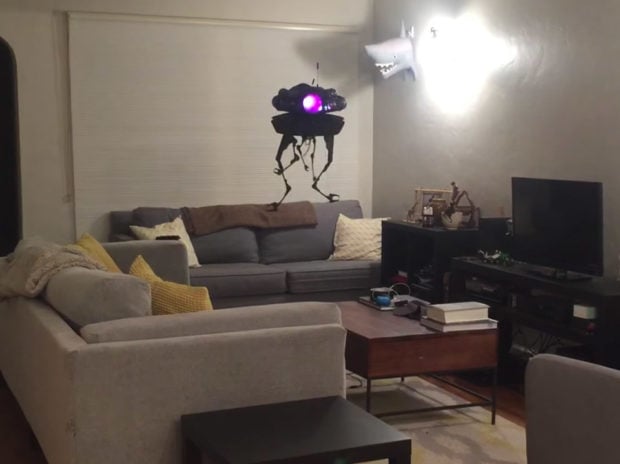 Check it out in the video below, set to some of John William’s music from Empire. The creator even makes a cosplay cameo in the video as a Rebel riding a tauntaun, which is a nice touch. Now all it needs is a Wookiee to blast it out of the sky.

Sadly, it was built just for fun, so it isn’t for sale. He did an amazing job, but now the Empire knows his location and he will have to evacuate. Totally worth it though.