In Myanmar, they have a mine where the haul out all sorts of amber with ancient bugs and plants trapped inside. These mined amber chunks apparently end up in a bazaar where they are sold to be used in jewelry. That’s where scientists found this chunk of amber that has a section of a feathered dinosaur’s tail inside it. 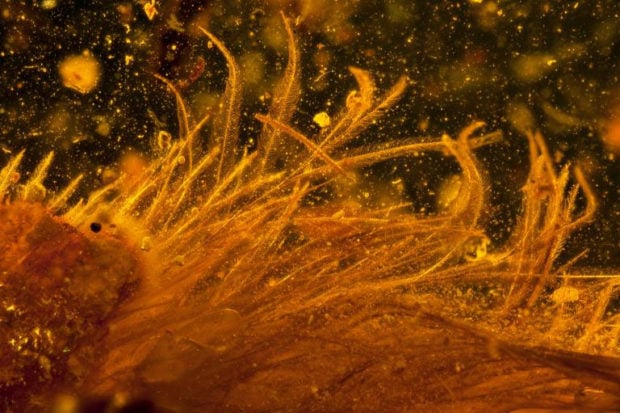 This is the first such specimen ever discovered. Detailed study of the amber revealed that the feathered tail has eight vertebrae inside and is thought to be the end or middle section a thin tail from a juvenile coelurosaur. 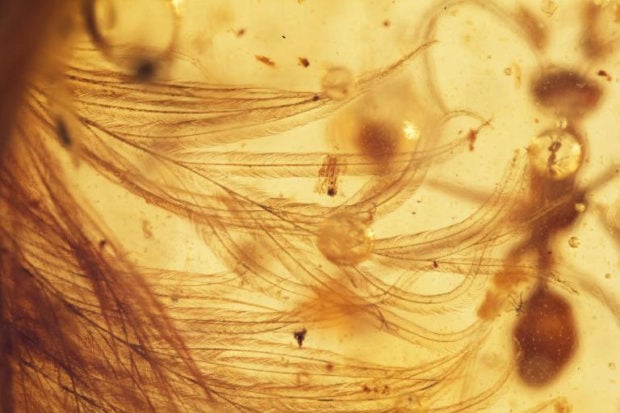 The team thinks that when alive the creature would have had a tail with about 25 vertebrae in it. When the team found the amber at the market, it has already been shaped for use in jewelry leaving me wondering how much of the animal did they hack off in shaping and if there was any more of the specimen in the mine. 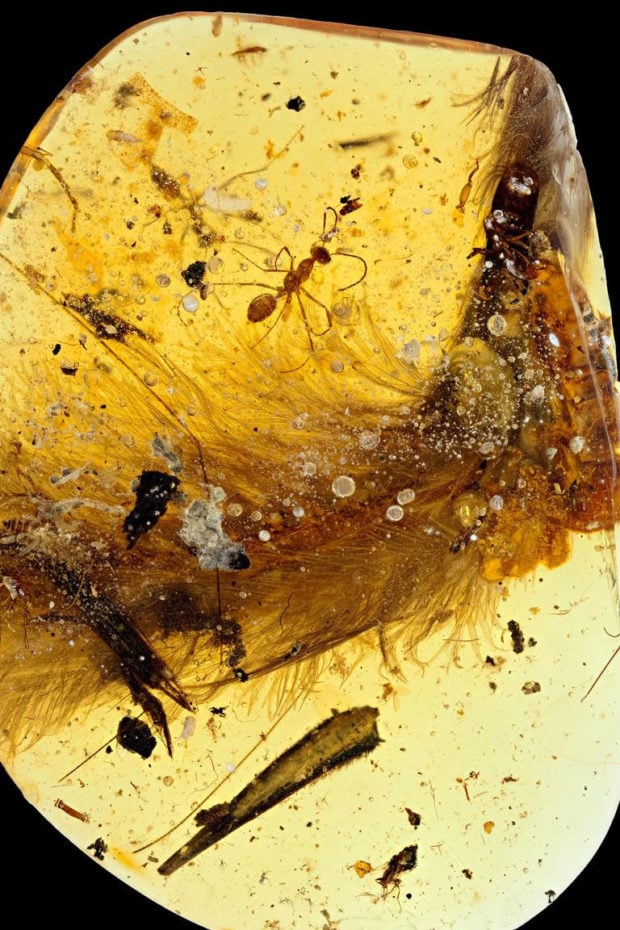