Pigs in Space Alien Parody: In Space, No One Can Hear You Oink

Growing up, I loved the Muppets, I thought they were awesome. I hated Piggy though because she was kind of a dick and always messing with Kermit. For some reason though, I have no recollection at all of Pigs in Space. Maybe it was my hatred for Piggy that caused me to block it out. 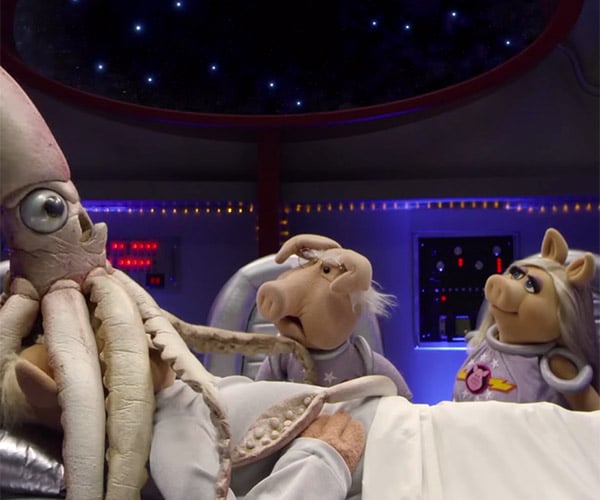 Apparently, it was a thing back in the day. That segment has been revived on YouTube and it’s awesome. The first episode is an Alien parody where rather than an acid bleeding alien popping out of the infected Captain’s chest, it’s Pepe the King Prawn.

It will make you wonder “What the Actual F?” and laugh at the same time. It’s great TV. I hope they keep making more episodes.