Every time I went to the store with my mom back in the day all I wanted to do was look at the Star Wars toys. It always seemed like they had every action figure in stock but Luke Skywalker. That one I could never find. 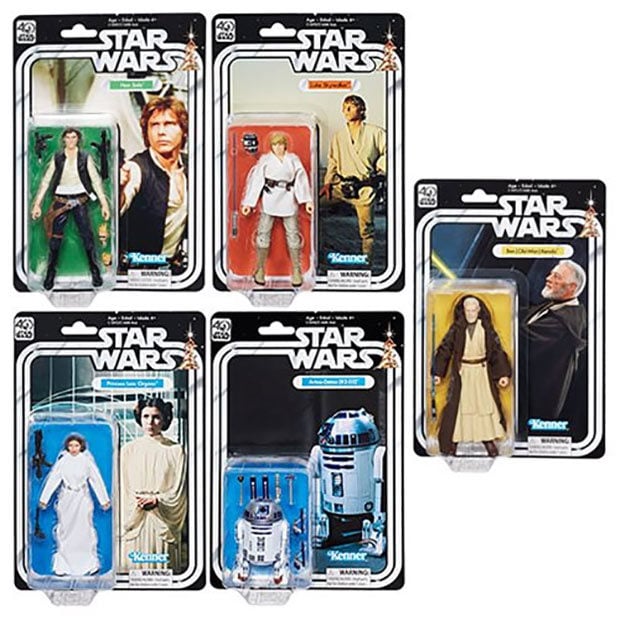 Hasbro and Gentle Giant Studios are showing off a new set of all the major action figures in packaging that looks a lot like that ’70s figures. The set is called the Star Wars Black series 40th Anniversary 6-inch action figures. Wave 1 lands in may 2017 and includes Han, Like, Obi Wan, Leia, and R2. Each character includes accessories as well.

They are Kenner branded just like the originals, though they’re substantially bigger than the 3.75″ tall ’70s toys. These things aren’t cheap at $164.99(USD) for the set of five, but you know you want them.  You can pre-order the set now over at Entertainment Earth now.