It looks like we have a real life Tony Stark on our hands. Inventor Richard Browning and his team at start-up, Gravity Industries, have created the Daedalus. It is basically a special suit that turns its wearer into a flying hero. 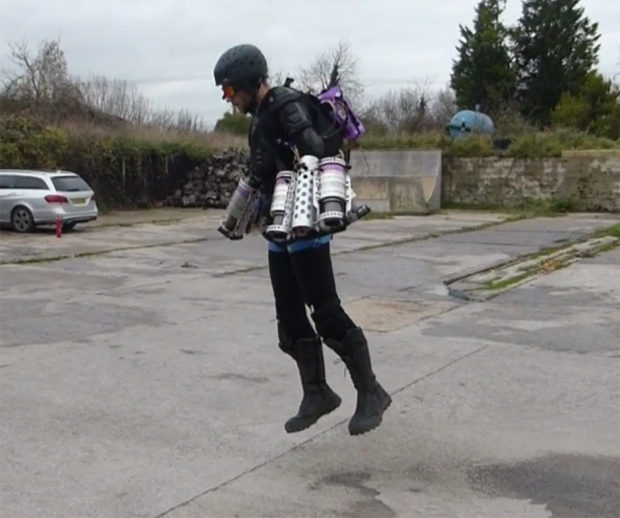 Its’ pretty fun to watch in action. Browning is able to control it with miniature jet engines on his limbs. Twin turbines mounted on his back or legs are for balance, and the two on each arm angle forward. He points down to create “a teepee of thrust vectors,” pushing him away from the ground.

He also needed to do some specialized exercises to build up his strength and balance to fly the thing. It may not be as graceful as Iron Man’s armor, but it is a great start.

The suit can travel at speeds up to 279 miles an hour, but it is worth noting that Browning hasn’t tested it anywhere near full capacity. I would love to play around with this suit, although I’d probably get seriously hurt.