Chess is a thinking man’s game. It means that to play it well, you’ve got to be all intellectual and smart and stuff. Even kings play it – with real people on their lawn. You have to have a classy chess set if you want to keep up appearances. Well, this Stained Glass Chess Set is ohhhh so pretty and expensive looking. Classy as hell. And glassy as hell. 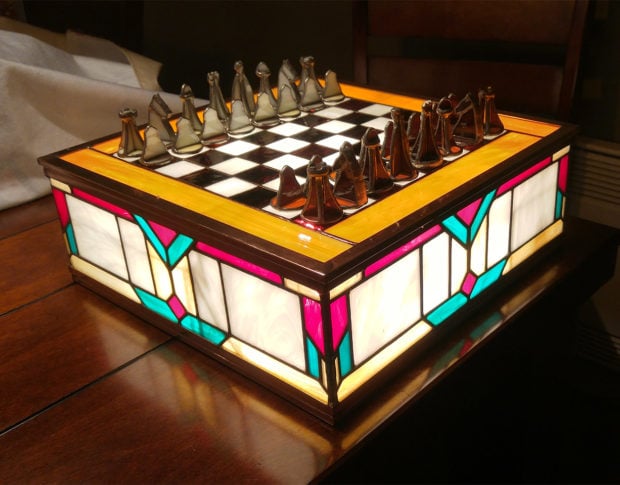 Game designer KnowNothing_JonSnoo received it as a birthday gift from his father, who is a stained glass artist. I would be too afraid that I would break it if I played a game on it’s lovely surface. Sure enough, he keeps it on a high shelf when he’s not playing with it for now, but one day it will have its own dedicated table when his sons grow up enough not to trash it. 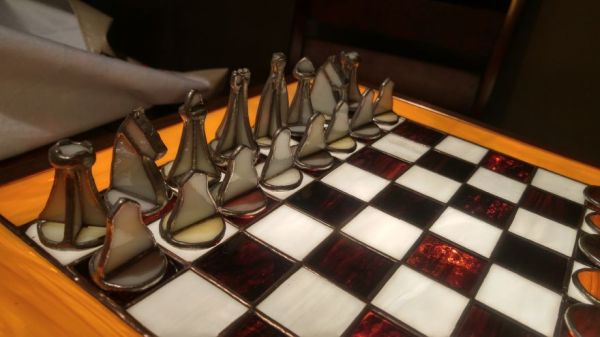 That is one beautiful chess set.

The Pieces on This Chess Set Coat Rack are Immovable