Back in the late ’80s, before Will Smith was a huge actor, he was rapping about seeing blinkers and how parents just didn’t understand at a time when most rappers were making music about stuff most parents certainly didn’t allow in the house. A mom in Japan has proven The Fresh Prince correct; moms everywhere just don’t understand. The story goes that the mother was cleaning out her sons old room after he moved away and found some Magic the Gathering cards. She put them up for auction without asking her son if that was cool. 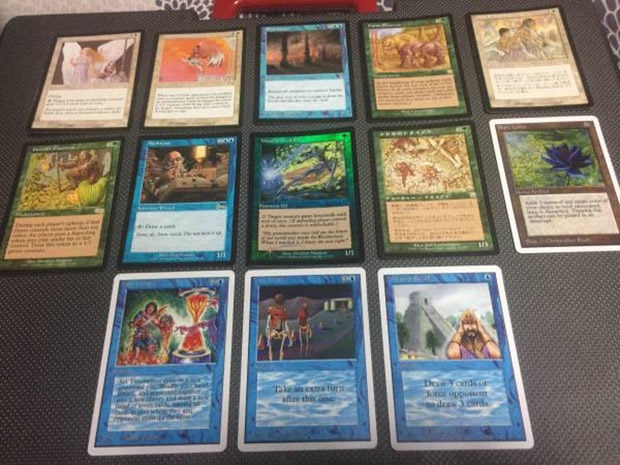 She started the auction at about $5 US and what the internet quickly realized was that at least one of the cards was extremely rare. The one in the second row on the far right is the White Border Black Lotus – apparently one of the rarest of rare Magic cards. The auction ballooned to over ¥601,000 (~$5,500 USD) before the son realized moms was up to something and had her call off the auction. Crisis averted.

At least she didn’t just throw them out.