Tickle Me Elmo with Its Fur Removed Will Haunt Your Nightmares

What in the unholy hell of puppetry!? I won’t be getting any sleep tonight after seeing this bit of nightmare fuel – and neither will you. To prepare for their upcoming summer camp, the Canada Science and Technology Museum Science Mobile team removed a Tickle Me Elmo doll’s red fur and proceeded to tickle it. 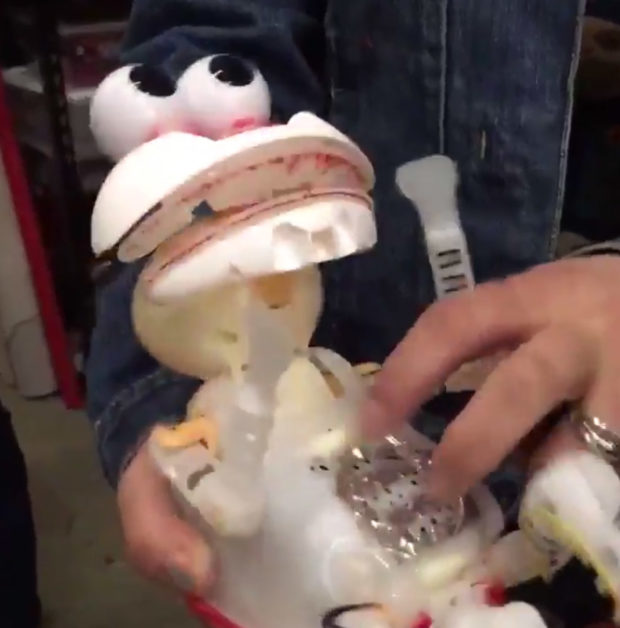 What sick bastards! So they skinned a helpless Sesame Street animal and then tickled it’s skeleton. Did they know it would be this creepy and weird? Did they know that they would be responsible for millions of nightmares worldwide? I’m pretty sure they did.

Warning, this can’t be unseen, so keep that in mind before you hit play:

I have no idea. I just know that watching his plastic skeleton uncontrollably giggle and wiggle around is something I need to wash from my brain. And it just gets worse, as skinless Elmo has now been joined by skinless Cookie Monster:

[via Digg via Laughing Squid]