While attending WonderCon 2017 in Anaheim, Norman Chan of Tested talked with Mike Senna and Michael McMaster about their custom built Mouse Droids. In case you don’t remember, Mouse Droids are known for roaming the halls of the Death Star and other Imperial buildings, and are pretty adorable as far as speedy little droids go. 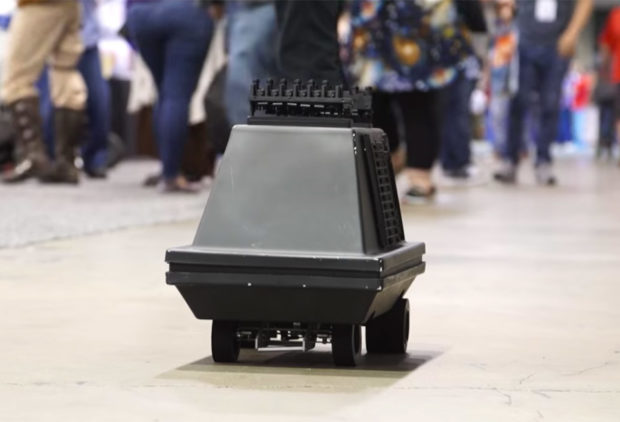 These custom built replicas have a mix of handmade and 3D-printed parts, along with motors that make the droids all zippy, and some other parts from remote-controlled vehicles. The end result is a replica that would look right at home in an armored space station.

At the end of the video, the two droids have a little drag race, because why not? They look pretty cool in action.