There’s nothing more boring than waiting around for your meal to cook. Well, Colin Furze has a solution. The Play-A-Wave, a game console for bored chefs (no, not board chefs.) 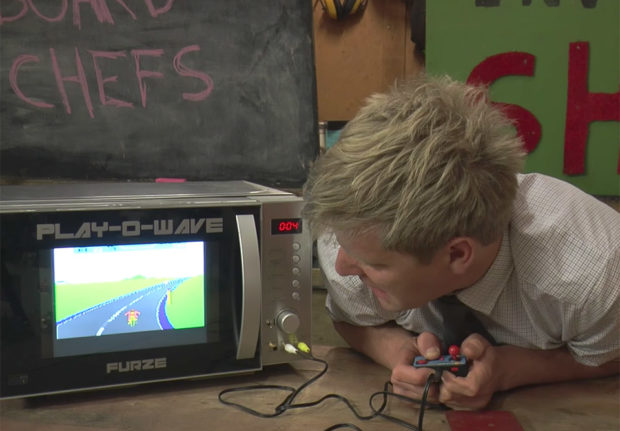 Furze built an LCD screen is built into the door, which had to be modified with added shielding to prevent the screen from going all wonky when the microwave is on. Rather than building a console into the oven, he simply included audio and video ports on the front, and connected one of those cheap plug-and-play retro game systems.

The quality of the games leave something to be desired, but at least you won’t have to be bored and play with one of those stupid fidget spinners while you are waiting. This is a much better use of your time.

Just heat up that Hot Pocket or Hungry Man and play a game to pass the time.