It’s been awhile since there was a good King Kong movie. But I don’t think the solution is bigger and badder visual effects. I think the problem is Kong himself. The Planet of the Apes movies have cornered the market on CGI monkeys, so I think that the studios need to do something different for the next Kong reboot. I bet tons of people would turn out to see a flick where Kong is actually a giant wookiee. 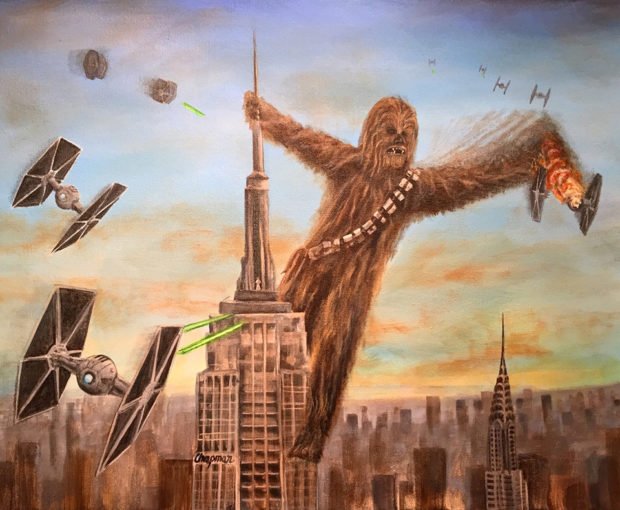 Artist Travis Chapman’s awesome painting features Chewie himself hanging from the spire atop the Empire State Building. But he’s not swatting away airplanes or helicopters, he’s knocking TIE fighters out of the sky. I bet if Godzilla showed up, he’d rip his arms out of their sockets.

If you want this awesome Star Wars fan art hanging on your wall – and you know you do – you can grab the original painting over on Etsy for $400(USD), or a print for $40.