Fusion Electric Guitar Is the Guitar of the Future, Today

I’ve played a few instruments in my lifetime, but my stint playing the guitar was probably the shortest. It’s not that I didn’t enjoy it, it’s that I just didn’t have the time to dedicate to going to class and learning it properly. But if guitars were as cool as the Fusion Guitar back when I took my first guitar lesson, I’m pretty sure I would have stuck to it. 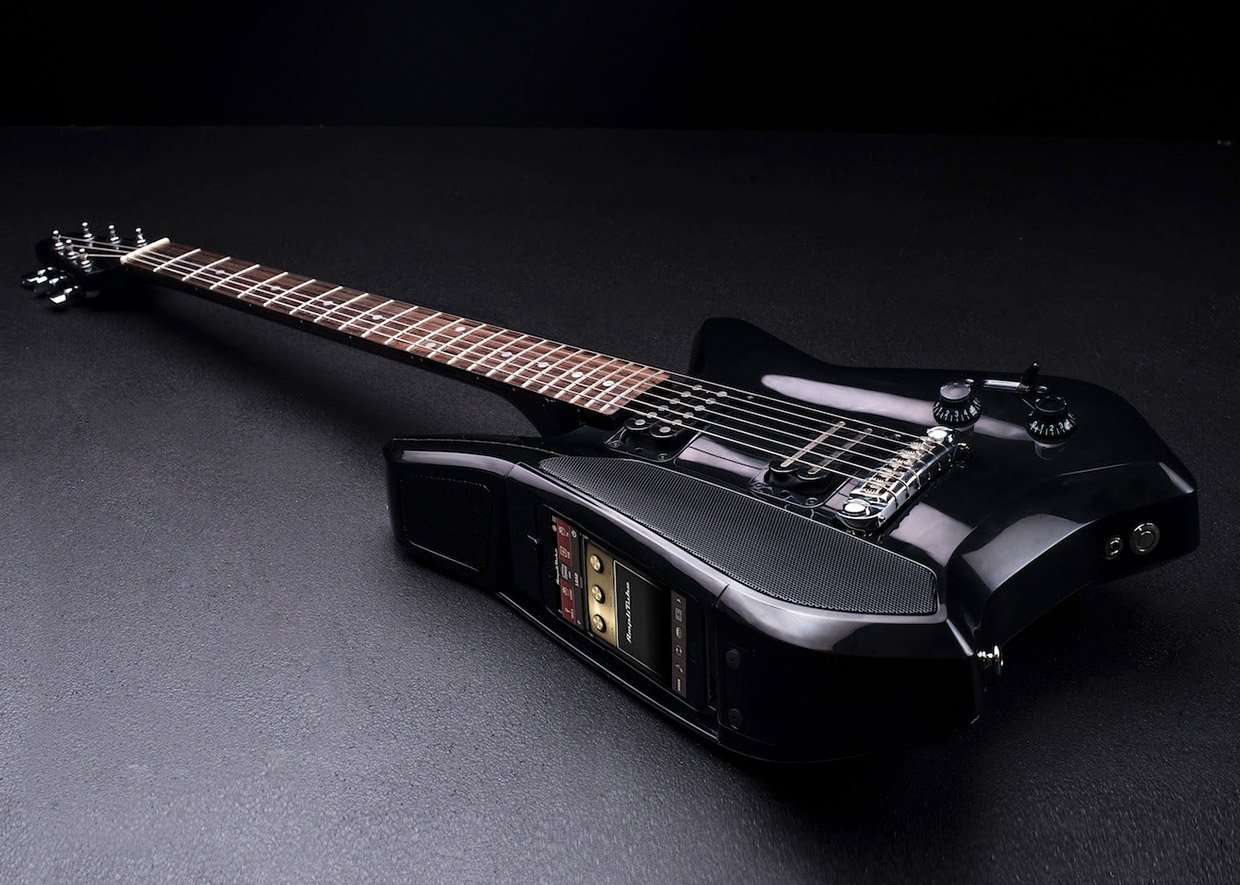 This high tech take on the electric guitar is really a self-contained recording studio, guitar trainer, and performance stage all in one. What makes the Fusion Guitar truly unique is its built in dock for iOS devices, which lets you use applications like Amplitube to modify and enhance the sounds you play digitally, before they’re pushed back out to the guitar’s built-in amplifier. Plus, your device’s screen is positioned facing upwards and towards you while playing, making it easy to view and interact with from a playing position. The iOS dock is quite versatile too, and works with every model iPhone from the iPhone 5 to the iPhone 7 Plus, as well as 5th or 6th generation iPod Touches. 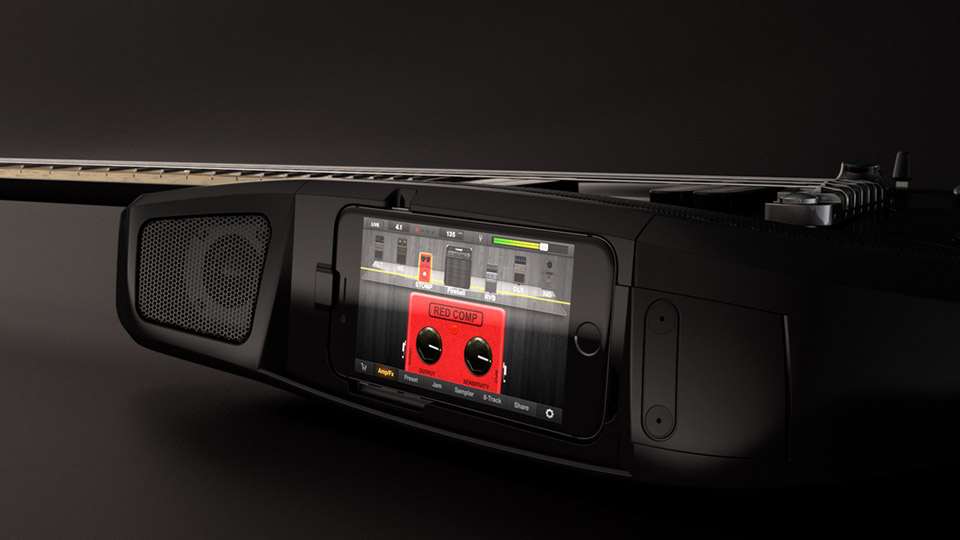 The Fusion Guitar not only has a 20-watt Class-D amp built in, but three speakers, each carefully mounted to ensure quality sound without unwanted reverberations. Two of the speakers face outwards, while the third is aimed towards the player, and works as a monitor. This setup is great for performing in front of a small audience, but you can also plug in a set of headphones via its 3.5mm jack for those times when you want to practice without disturbing others, or connect to a mixing board or an external amp via its 1/4″ jack. 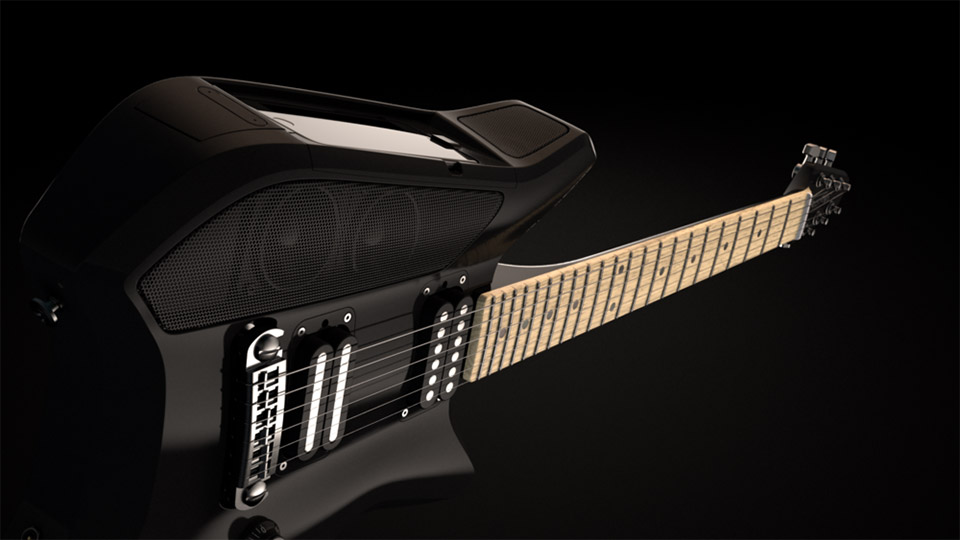 The series of videos below gives you a good idea of some of the many things you can do with the Fusion Guitar, from customizing amplifier sounds, to looping and recording tracks, to learning to play guitar.

Fusion Guitar is available now, and comes with either a maple neck and either a maple or rosewood fingerboard. It sells for $1399(USD), which really isn’t a bad price as electric guitars go, especially when you consider all of the tech that they packed into this one.