These days, soundbars are all the rage when it comes to home theater sound systems. But if you go with one of those slimline systems, you’ll almost certainly be sacrificing sound quality and channel separation. If you want the most wide-open and theater-accurate sound system, you have to go with individual satellite speakers. The Edifier e255 is one such system, providing everything you need to add a proper 5.1 surround sound system to your TV, and doing it with style. 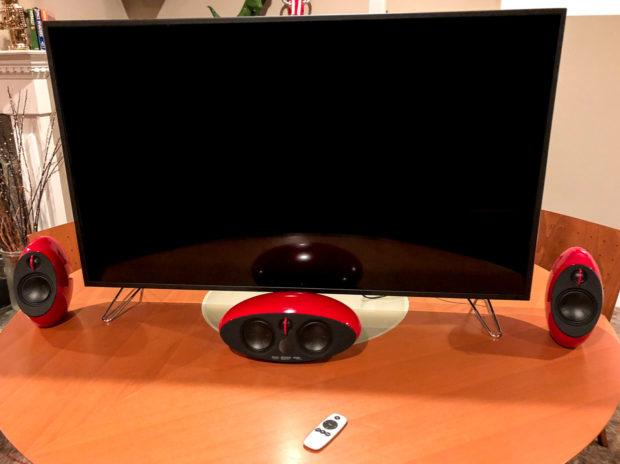 The first thing you’ll notice about the e255 is that the speakers aren’t just ordinary black boxes. Instead, they’re stylish, retrofuturist enclosures which are designed to be seen and not just hidden away. The ovoid enclosures look particularly slick with their glossy red shells, though they do show fingerprints pretty easily. Good thing you won’t have much reason to touch them once they’re set in place. 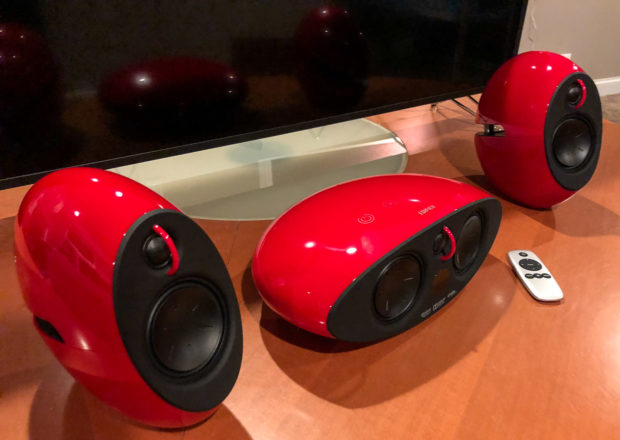 The system includes six speakers – two front satellites, two surround satellites, a center channel which also includes audio inputs and processing circuitry, and a subwoofer. There are five 16-watt amps for the tweeters, five 20-watt amps for the mids, and a 220w RMS amp for the subwoofer. There’s a tiny IR remote too, which lets you control volume, switch inputs, change surround modes, and access the settings menu.

System setup is nice and easy. Simply unbox the speakers, plug the fronts into the center pod, then plug that into an outlet. Plug the subwoofer and surrounds into power outlets, and they connect wirelessly to the system. There are three digital optical inputs and one analog input on the center speaker for connecting audio sources. You’ll probably only use one of these inputs though, since the best setup is if your TV has a digital audio output, so you can just select inputs on the TV and not have to switch again on the sound system. 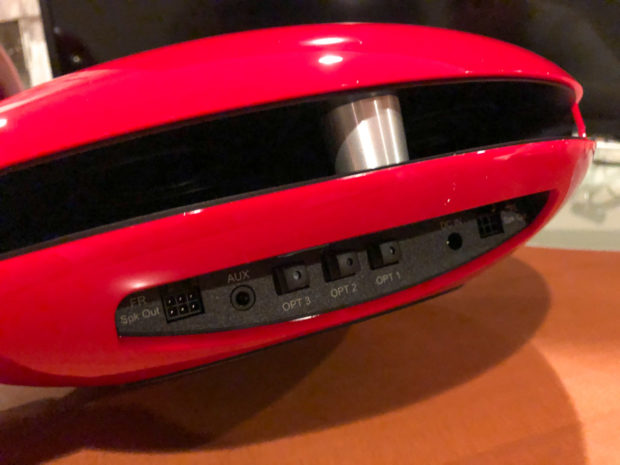 What I noticed immediately upon powering on the system is that the sound quality is very clean and natural, without any of the overemphasis of low end that often comes with most home theater systems. Depending on your personal preference, this can be a good or a bad thing, but the overall impact is that the sound quality is much easier to live with in your living room than one of those wall-shaking surround systems that will have your neighbors banging on your door. 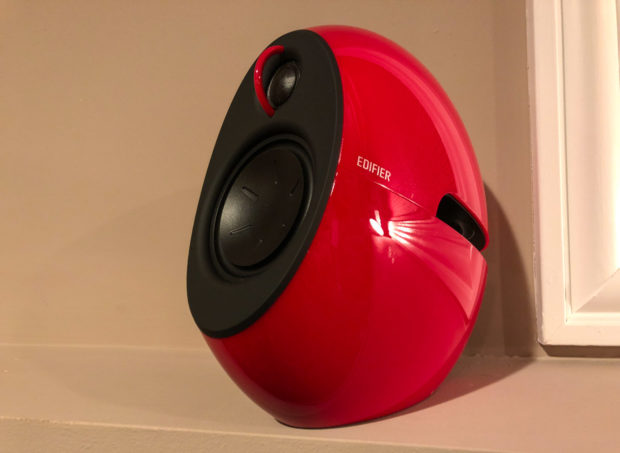 Since each speaker is independent, you can place them wide apart, providing a nice open soundstage, and great separation between all of the channels. The subwoofer can be placed anywhere, but it will produce the biggest boom when it’s near a wall or a corner of the room, and placed directly on hardwood. In my case, I have carpeted floors, which limited the thump a bit. 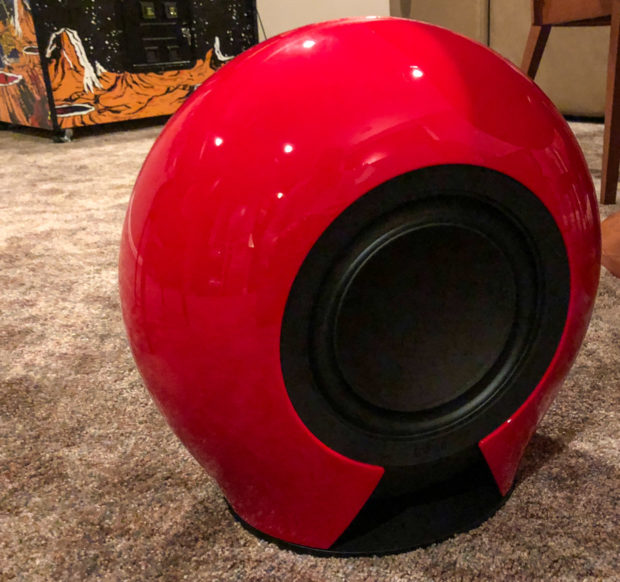 One thing I noticed is that no matter what input source I used, I had the crank the volume on the e255 up at 80% or more of its limit to really get a nice room-filling sound. Even at 100%, the system wasn’t as loud as I expected for its specified wattage, but then I discovered I could make them louder by going into the settings and increasing the volume of each speaker individually beyond its default setting. This sort of fine-tuning is usually meant for tweaking individual channels, but by increasing the baseline for all speakers an equal amount, I was able to get substantially more volume overall, even at the top setting. Think This is Spinal Tap’s “This one goes to eleven,” and you’ll understand what I’m talking about. 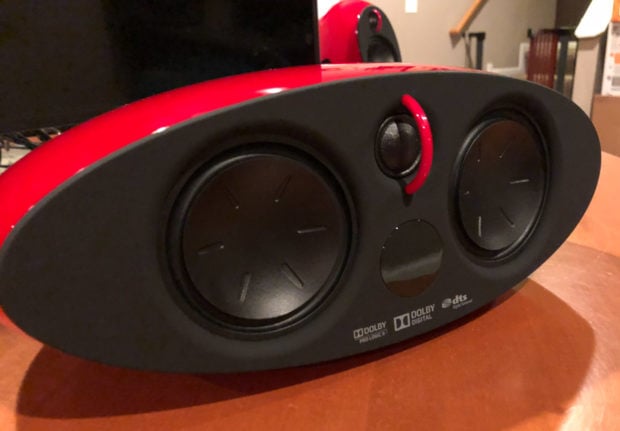 The system offers full compatibility with Dolby Digital sound sources, as well as DTS. It also can enhance surround imaging for other sound sources with Dolby Pro Logic II, which offers a variety of modes for listening to music, movies, games, and can even create virtual surround from stereo soundtracks. Overall, I found DTS soundtracks offered the most theater-like experience, but there’s still very good surround and imaging from Dolby sources as well. 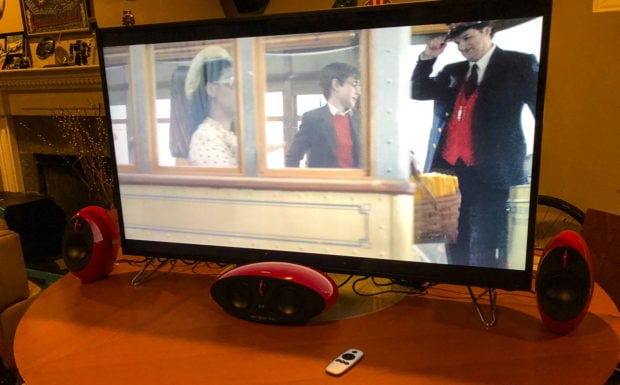 The Edifier e255 system sells for $799 and is available now with free shipping to the lower 48 US States. It’s a great little system if you’re looking for something that looks different, and still offers great sound quality.