Nintendo recently revealed that it’s giving Hollywood another chance to get Super Mario right with a full-length animated feature from Illumination Entertainment. It’s gotta be better than that first movie right? The bar is definitely set very low. But if you ask me, there’s only one way to go for a Super Mario movie. Cats! Duh! Something like this new fan film that captures the fun of the original Super Mario Bros. game and adds a kitty. Specifically, it stars a cat as Mario. 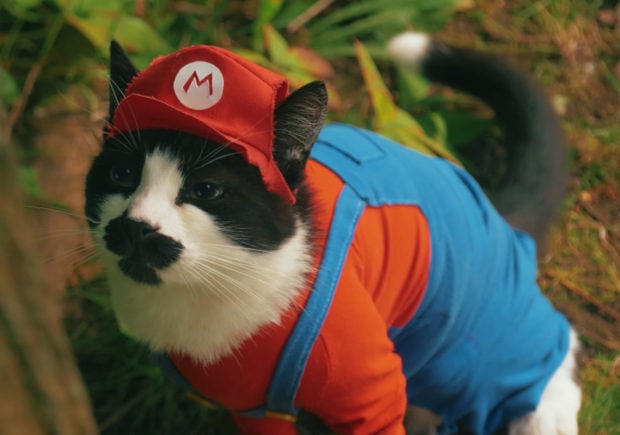 There’s no creature better suited to climbing, jumping, wedging itself into pipes, and getting hard to reach coins. Super Mario Cat Bros. was directed by Russian filmmaker Mike “Mr.TVCow” Tivikoff; who co-stars in the video as Luigi. Luigi is a human, so not sure how they are brothers. Luigi quickly follows Mario on his quest to save Princess Peach. The pair face all of the usual obstacles of the Mushroom Kingdom.

It is the cutest thing ever to see a cat performing all of the jumps, entering warp pipes, throwing fireballs and more. This is a very well done video and now I want to see more of their adventures.