If you’ve ever wondered what playing Super Mario Bros. is like when high on drugs, look no further. This video of Jelly Mario Bros. shows you firsthand. It’s basically the first level of the 8-bit Nintendo classic, reprogrammed by Twitter user @schteppe with elastic physics. It’s all jelly-like and trippy and weird. 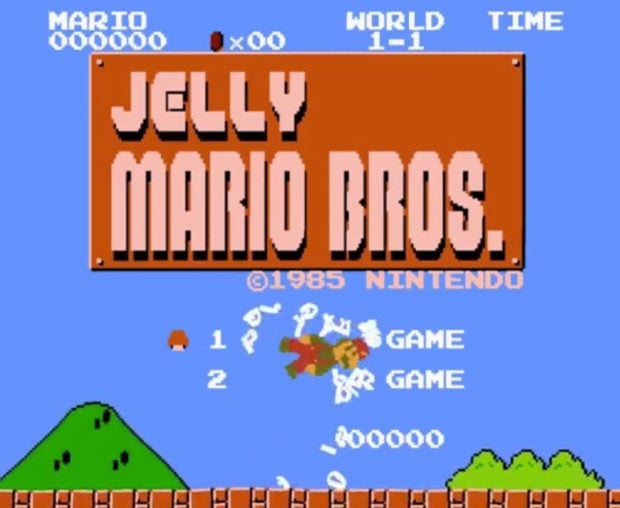 You can play an early alpha version of the first level here if you want. I hope more levels are coming soon, because this is way cheaper – and less hazardous than taking hallucinogens. There’s something oddly mesmerizing about it. Good luck to anyone trying to do a speedrun on World 1-1. See you in about 5 hours. What, you think you can beat the record? I don’t think you’re ready for this jelly.

So what happens when someone who is actually stoned or drunk tries to play a game that is also stoned and drunk? I want to know. Someone make that YouTube video, and share it with us, please. Honestly this kind of gameplay should have been in the original game, but only for like 30 seconds after each time Mario eats a mushroom.

[via Hedonista via Geekologie]