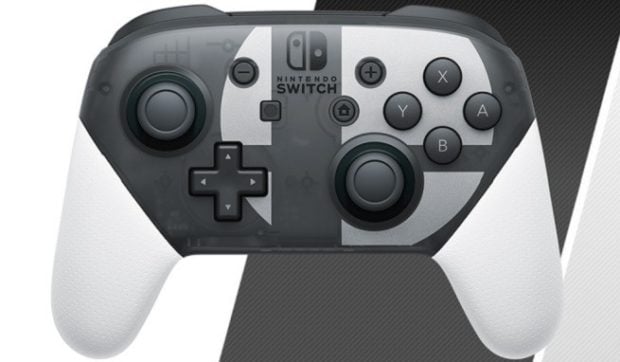 This controller is specially made for players who like to beat the living snot out of Nintendo characters on screen. It has a grey Smash Ball design in the middle, plus the logo that you know and love. Super Smash Bros. players like to have just the right controller for all of that fighting, and Nintendo is hoping that they find this one favorable.

It’s listed for pre-order on Best Buy’s site for $79.99, with a December 7 release date. Nintendo’s regular Switch Pro Controllers list at $69.99, so I guess this one costs a little more since it’s all cool and new and stuff.