An Anime Trailer for Star Wars: A New Hope 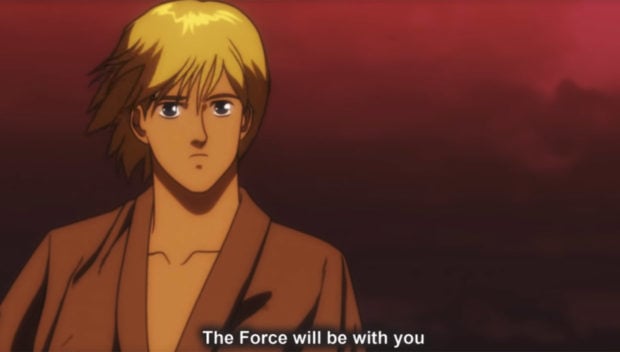 Anyway, some crazy Russian created this anime video and it looks like it was all drawn by hand. So this was truly a labor of love. Love for both Star Wars and anime. And a love for Chewbacca’s awesome anime mustache. This animation style really works with John William’s sweeping score and the epic story. I would watch this movie. Although I would expect them to form Voltron at the end and when they didn’t I would be very disappointed.

The characters all look pretty cool, but I think I like the ships and the space stuff the best. You did a great job Dmitry. The force is truly with you. Next time form Voltron. I need to see that in Star Wars.