The Salto-1P Robot is a small monopedal robot that looks happy as heel as it jumps for joy. It’s either happy or crazy; I’m not sure which. It is capable of continuous high-power hopping and it takes that job seriously. 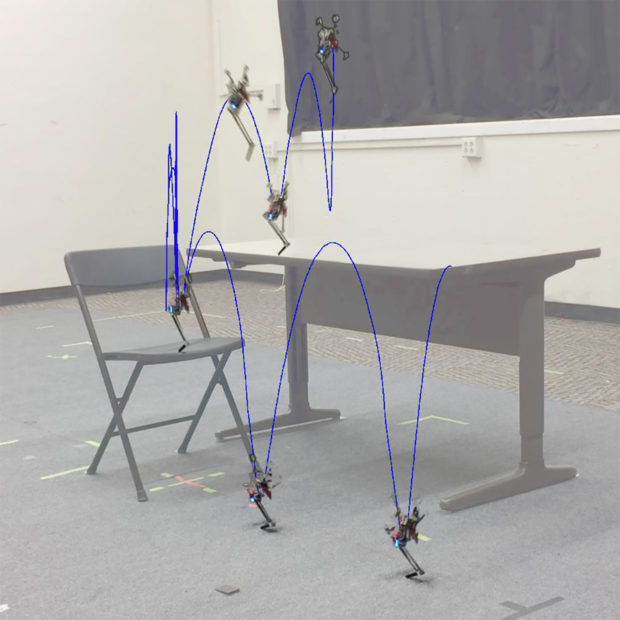 The video here demonstrates a new control algorithm that can land Salto-1P’s foot at precise locations on the ground like jumping on stepping stones or playing one-legged hopscotch. It’s pretty impressive stuff. I can imagine a tiny robot like this relentlessly hopping after you and never ever giving up until it catches you. And then, of course, it will probably hop into your chest, stabbing you, as it hop-stabs you over and over again.

In fact, put a knife foot on this thing and let it play five-finger-fillet with your hand. This little crazy ‘bot is frightening on so many levels. It just seems so happy, but is soooo creepy. Stuff like this makes me fear for our world. If you pay attention to the beginning of the video it says, “This work is supported by Army Research Office Grant…” Oh man. This thing is obviously designed to kill. Hop and kill. Then hop and kill some more. Oh man.

You can read more about how Salto-1P works its hopping magic in this paper by its creators Justin K. Yim and Ronald S. Fearing.