As robots continue to take our jobs, at least rock bands know that they are safe from… wait. What the? Nevermind. Yep, what you’re about to watch is an all-robot band named Compressorhead performing Nirvana’s classic Smells Like Teen Spirit. Smells like a robot uprising to me. 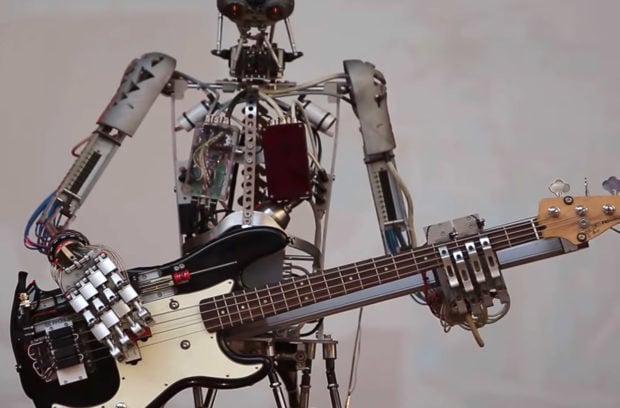 It actually sounds pretty good, but kinda robotic. There’s no soul. No emotion. There’s also no lead singer. They added that guy later. Not sure if they named him Kurt Ko-Bot. One commenter on YouTube points out that the lead singer committed Ctrl-Alt-Delete. I have no idea, but that sounds about right.

I really like how the programmers went the extra mile and programmed them to headbang. Adds authenticity. You might recognize the drummer as Star Wars’ own General Grievous, making the most out of his retirement. He has traded in his lightsabers for some drumsticks and hopefully has stopped with the constant coughing. He’s much better in this role.

This video is from 2014, so these robots have been taking music jobs for at least that long. Anyway, it won’t be long before robots are paying to see other robots perform, while we stay home and do their chores. And this is the music we will have to listen to.