Just Some Hot Wheels Cars Playing Music on a Xylophone

If you are a fan of both the xylophone and Hot Wheels cars, check this out. The guys from 5MadMovieMakers launched a bunch of classic Ford Mustang Hot Wheels into xylophone bars that are hung over parallel tracks, each playing a note as they crash into them. 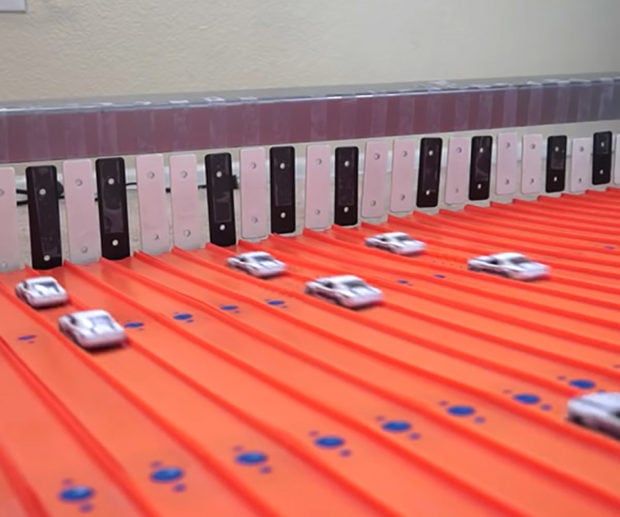 So there you go. Hot Wheels are now a musical instrument. Pack up your set of cars and hit up your music teacher kids. See how far that gets you.

As cool as it looks, it did not all happen in a single take, and the video was edited together to play all 374 notes. If you are really digging it, you can listen to it without car sounds here. Now we just need someone to set up a continuous track that makes music all day without having to edit it. It’s a pretty nice sound, but it wouldn’t take long for that music to drive me crazy though.

Maybe Hot Wheels can package some cool new sets that make music. Not a bad idea, but again, they would probably drive parents nuts, and the sets would mysteriously disappear from their kid’s rooms.