Yep, you’ve heard the Super Mario Bros. theme a million times. Now make it a million and ONE with this rendition performed by a couple of credit card terminals by the Device Orchestra. 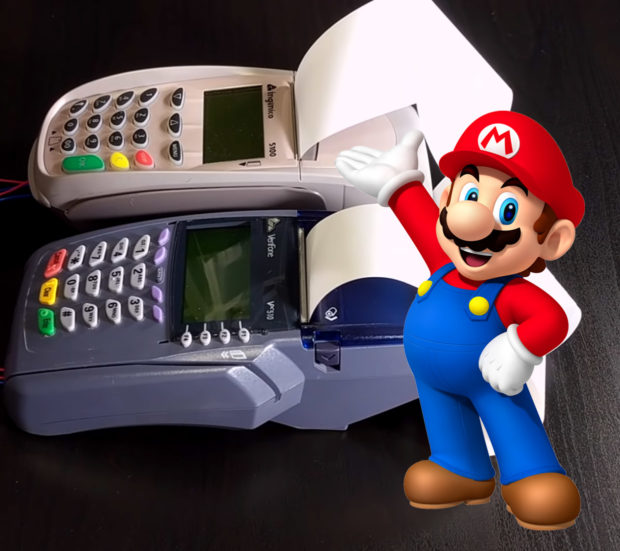 It’s pretty cool and sounds authentic. One problem though. I would have programmed them to only play the thing after someone swipes their card. That’s just good capitalism. You have to pay up if you want to hear it, nerds.

It would be cool if this happened every time I went shopping. Sadly, it does not. Also, is it too much to ask that those receipts would print out a picture of a Super Mario level that you can keep as a souvenir? Come on man, step up your game. I’m just kidding. I couldn’t create something like this, so I shouldn’t judge. Credit where credit is due. Get it? Ha ha, I’m gonna deny I ever said that so that some dude on Twitter can pull up a screenshot and say, “Yes you did. I have the receipts!” Get it? I’m on fire today.

This should at least happen at the register every time you buy a Nintendo Switch. Am I right? Of course, I am. Hire me Nintendo. I’m an idea man. My next idea is lunch because I’m starving. Talk to you later.