Polaris Builds a Working Replica of an Apollo Lunar Rover

There have been lots of cool things going on to celebrate the 50th anniversary of NASA’s Apollo 11 moon landing, but this might just be the coolest. Off-road vehicle maker Polaris Industries created a virtually perfect replica of the original NASA Lunar Rover Vehicle (LRV), which first appeared on the moon in 1971. 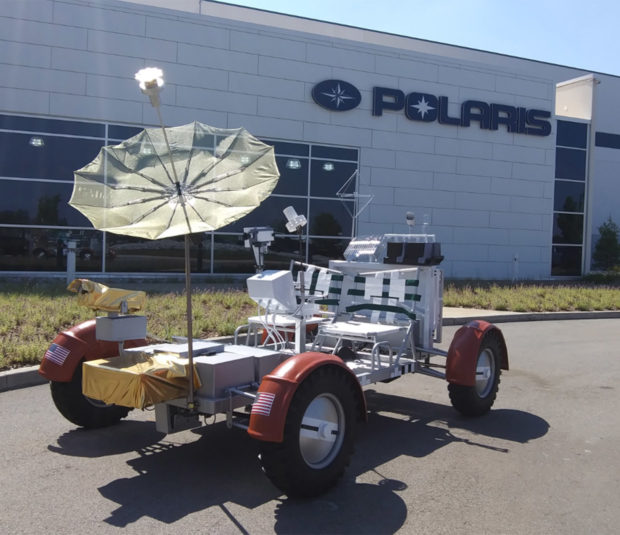 Polaris teamed up with the U.S. Space and Rocket Center (USSRC) in Huntsville, Alabama to recreate not only the vehicle’s familiar looks but made a version that can actually drive. It can accelerate, brake, and has four-wheel Ackerman steering, just like the original vehicles that are still sitting up there on the lunar surface today. 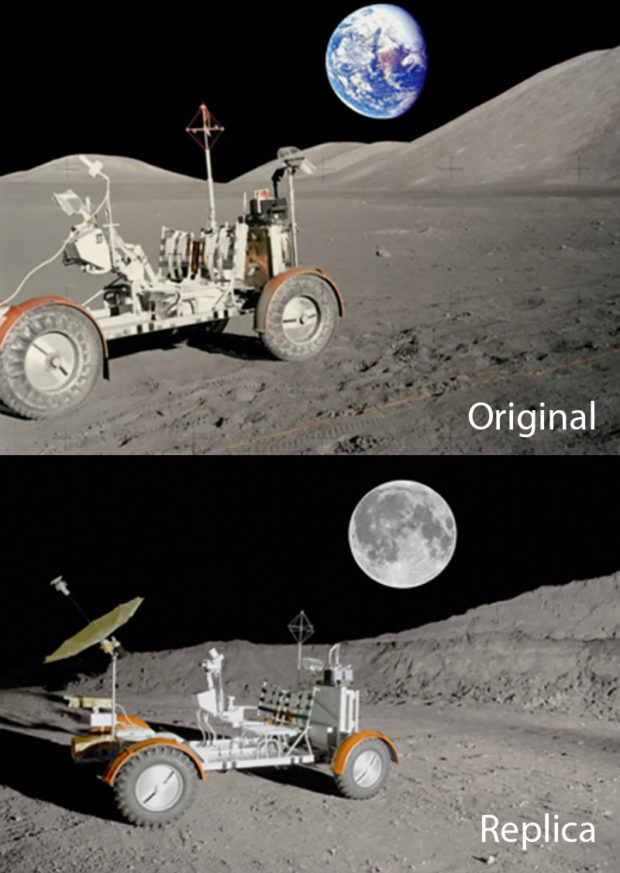 To build the replica LRV, they first created a custom chassis, then scavenged parts from a variety of Polaris vehicles, including snowmobiles, motorcycles, Slingshots, ATVs, side-by-sides, electric GEM’s and military vehicles. In order to complete the look, they even got their hands on the molds that were used to cast the fenders on the original LRVs. 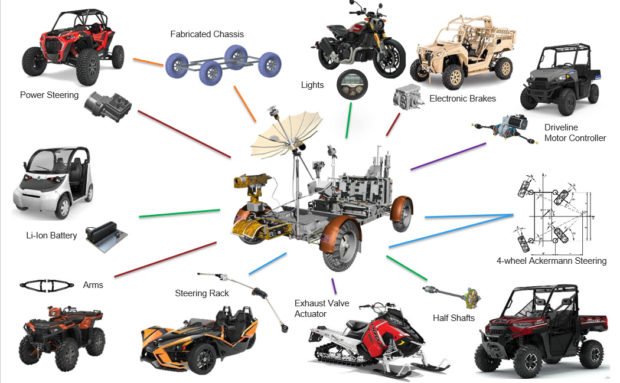 Polaris hasn’t shared any video of their LRV in action, but it would be pretty awesome to take a ride on this amazing custom-built vehicle (while wearing a spacesuit, of course). The replica made its public debut at the USSRC Apollo Celebration Car Show last week in Huntsville, and is expected to appear at at a few more events throughout the year, including a lap around the Talladega Speedway this October.