If you’re looking for a super-bright and well built flashlight that’s up to about any task, look no further. Measuring in at just 5.4″ long, the Fenix PD36R may be small, but it is also mighty. This compact flashlight is capable of pushing out an insane amount of brightness despite its size, and manages to offer impressive runtimes as well. 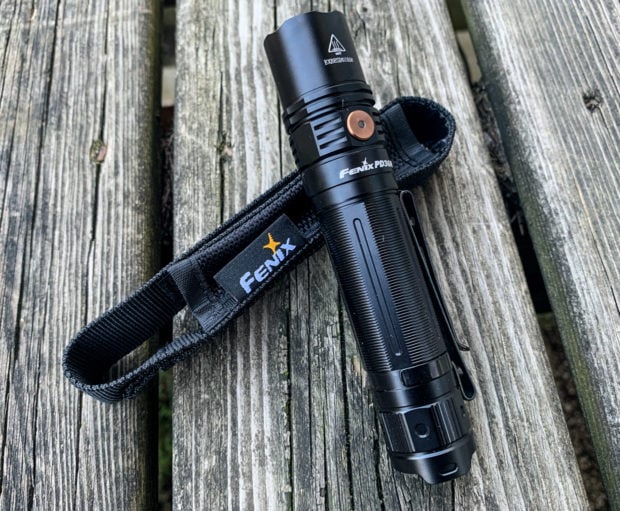 Its incredibly powerful LED is capable of cranking out 1600 lumens, with a reach of up to 928 feet. Plus, it can run for significantly longer than other compact flashlights thanks to its 21700 lithium-ion battery.

Everything about this little flashlight exudes quality. It’s built from high-strength, oxidation-resistant aluminum, and its case has been hard-anodized in an abrasion-resistant black finish. It feels great in the hand, and is just the right size for carrying in your backpack, on a belt loop or molle strap, and even fits in your pocket. Plus, its case is designed to prevent rolling if you set it down on a tabletop. It’s also IPX 68 waterproof and dustproof. 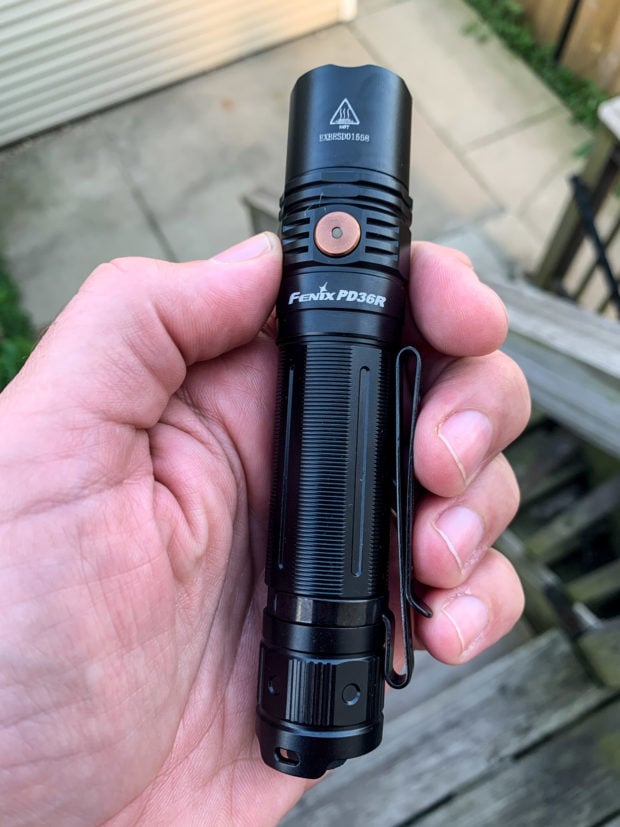 Flipping on the flashlight simply requires the press of a rubber-covered button on its tail end. Changing modes is achieved with a gentle push on the copper thumb button on the side. While I don’t have a way of measuring actual light output levels, I can attest to the fact that this flashlight is one of the brightest I’ve ever seen in person. In its highest output mode, I was able to light up an entire room in my darkened basement, and in the outdoors, it was able to provide visibility for hundreds of feet. 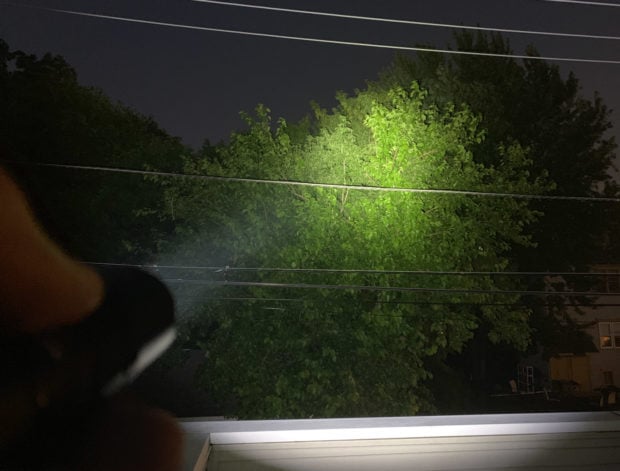 The PD36R offers five different brightness levels: 30, 150, 350, 800, and 1600 lumens, with runtimes of 115 hours, 26 hours, 8 hours 24 minutes, 5 hours 49 minutes, and 2 hours 50 minutes, respectively. Yes, even in at maximum brightness, this bad boy will run for nearly 3 hours! In addition to its static light modes, it has a strobe mode which operates at the highest brightness. This is great for signaling in emergencies, and drawing attention from quite a distance. 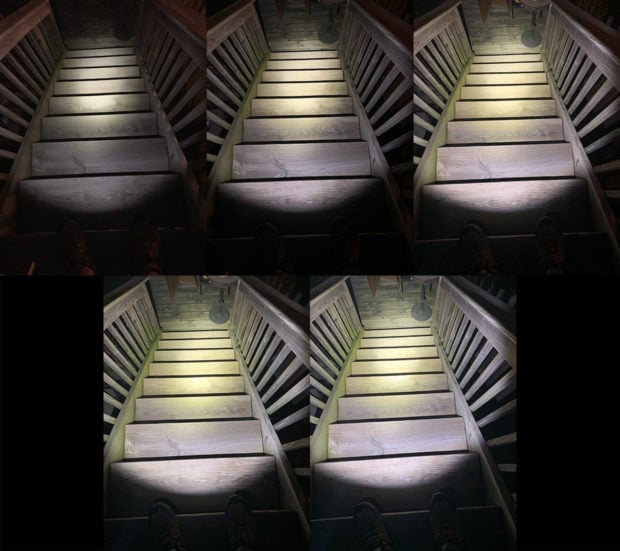 Its voluminous 5000 mAh battery is quite impressive in its ability to not only run for a long time, but it charges quickly too. A full charge takes just 4 hours, while 10 minutes of charge via its USB-C port will give you up to 5 hours of runtime at the 150 lumen setting. One thing I did notice while charging is that the flashlight does get quite warm, so be sure not to set it on anything flammable or that can be damaged from heat while charging. 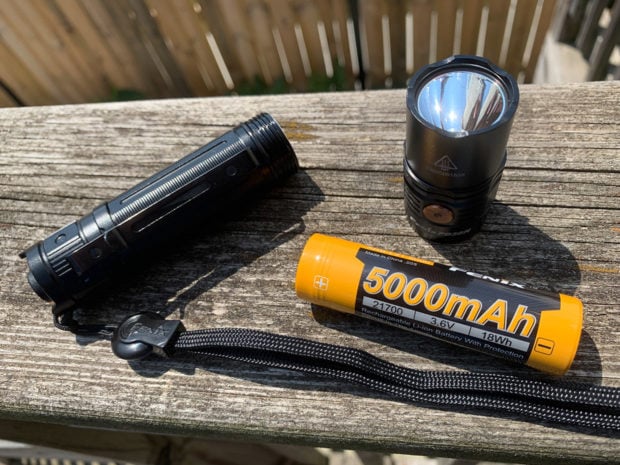 I’m really impressed with this little flashlight, and it’s going straight into my everyday carry bag. It blasts out an amazing amount of light for something so small, plus, it can run for enough time to make it truly useful, regardless of the brightness setting you use. Currently priced at $99.95, it’s not exactly the cheapest flashlight, but you get what you pay for, and the Fenix PD36R won’t let you down. 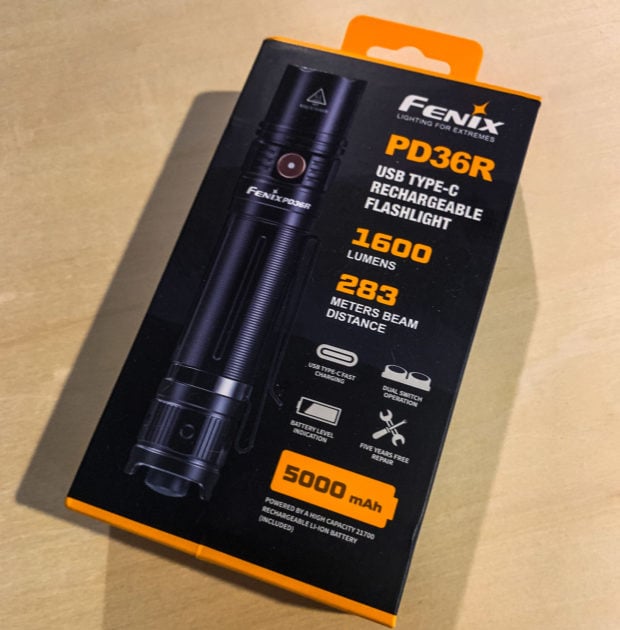