This Space Cake Makes You a Devourer of Worlds

Ground control to Betty Crocker, this space cake looks delicious. My God, it’s full of stars! Well, planets anyway. This colorful cake was made by an Imgur contributor going by the name “pedagiggle” for a kid’s party, and it’s a masterpiece of nerd baking. 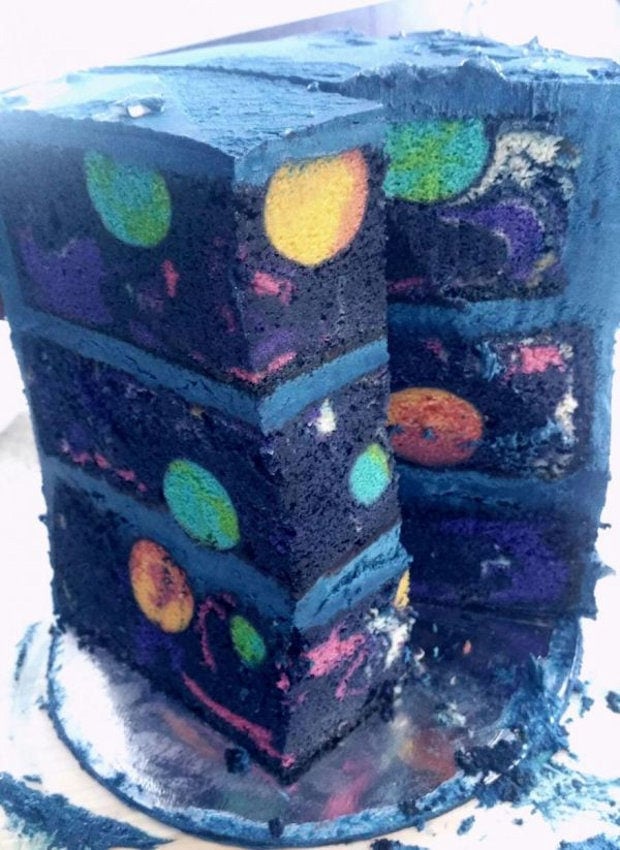 Its baker wanted to convey the idea of outer space inside the cake as well as the decorated outside. Obviously he or she did an amazing job with that solar system on the interior. A solar system! In a cake! Apparently, the trick was to bake cake pop orbs first, then embedding them in a marble cake with food coloring.

The baker posted additional photos and some instructions if you want to try to bake a planetary cake yourself. There were also some rocket ship and Star Wars cookies at the party. Why do I never get invited to these things?