FTC Disclaimer: Technabob was provided with the hardware tested in this review by VIZIO at no cost. Our reviews are the unbiased opinions of our authors, and in no way represent the views of the manufacturer represented here.

If there’s one thing that Vizio has been known for over the years is their ability to deliver just the right mix of features and quality, while doing it at an outstanding price. I’ve spent some time living with one of their latest models, the 2019 M7-Series Quantum 65″ display, and I’m happy to report that quality and value mix continues to get better and better each year.

What’s notable about Vizio’s M-Series displays is how they sit in the sweet spot of delivering high-end features like 4K and HDR, while making them affordable. The M7 and M8 Quantum displays add another feature that puts them on par or above much more expensive televisions from Samsung and LG – quantum dot technology. This allows them to display a dramatically wider color gamut when compared traditional RGB LCD panels. 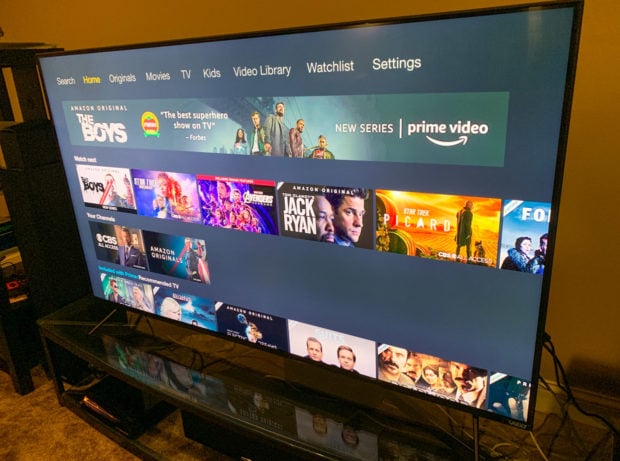 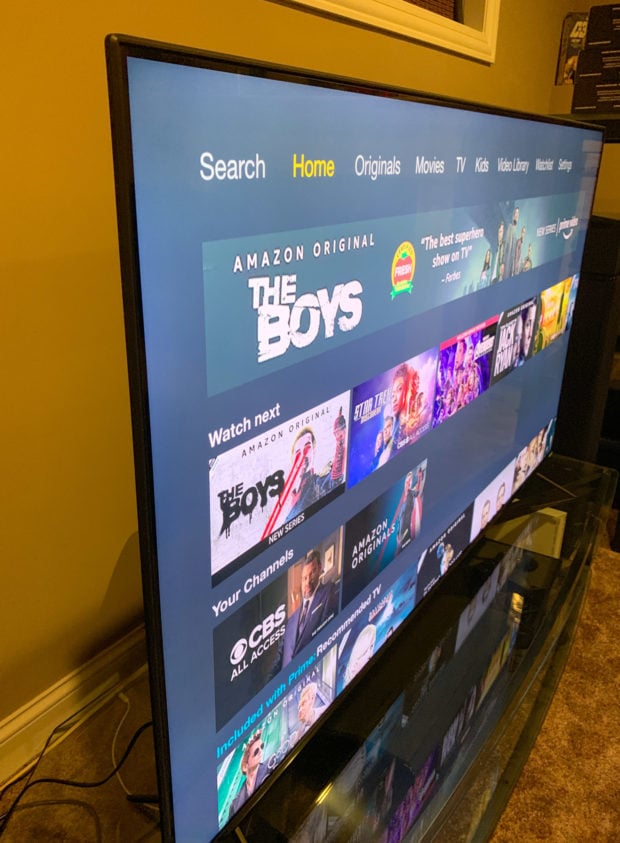 The M7 has sleek and clean looks, offering up a slim and minimal profile, with a nice skinny bezel and sitting on a pair of sturdy Y-shaped legs. It’s got plenty of inputs, with four HDMI ports – two facing the side, and two facing downward. The first port offers ARC support for sending digital audio to your receiver or sound bar, and there’s also an SPDIF digital audio output if you need that too. Setting up the display for first use is easy, and Vizio offers a guided on-screen process which takes you through each step, and gets the display onto your network and does any firmware updates. 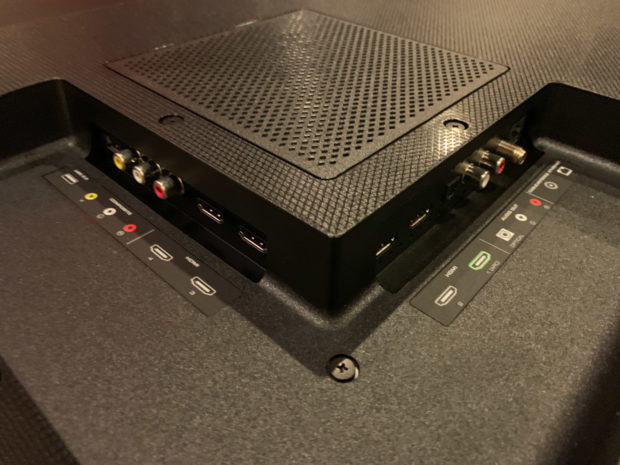 That’s all fine and good, but what really matters is image quality, and in that department, the M7 Quantum really shines. The images it displays are as crisp, bright, and colorful as any display I’ve seen. Even on standard dynamic range content, the colors are extremely vibrant and punchy. But load up some HDR content, and it really shines, showcasing this screen’s ability to display a whopping 1.07 BILLION colors. The overall picture quality on this sub-$800 display is dramatically better than the $2300 4K display I had in my room that I bought about 4 years ago. 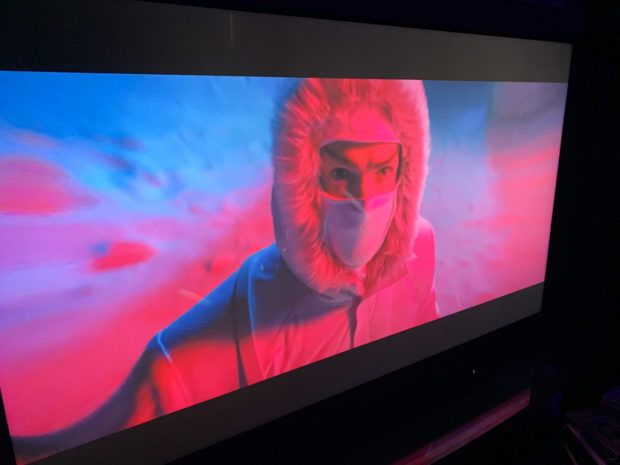 The set’s full-array local dimming capability improves contrast in scenes by adjusting the illumination of the backlight in sections. For the most part, this worked very well in real world content like movies, video games, and TV shows. However, when viewing some menus or loading screens with highly contrasting flat areas of color or grey, the dimming zones become fairly well pronounced. 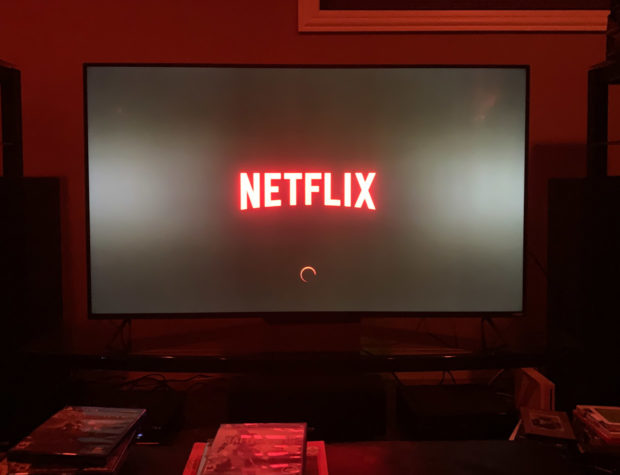 This is something I’ve noticed on other recent Vizio displays, and due to the M7’s rather limited 20 zones, it’s more noticeable here. I imagine it’s less pronounced on the M8 with its 90 zones. Regardless, I never noticed this artifact on anything but menu and loading screens, and in the closing credits of movies. In typical content, all I saw was a great picture with excellent contrast. 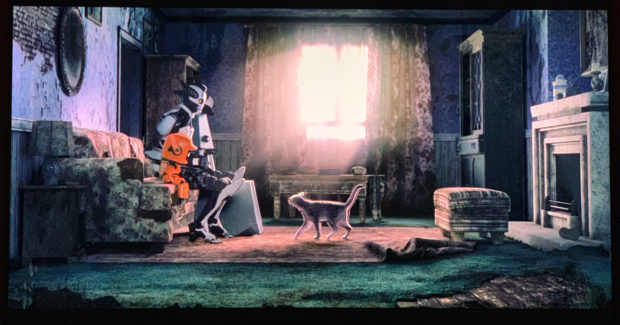 Vizio packs the M-Series Quantum with all kinds of smart TV functionality too. It’s got on-board apps for Netflix, Amazon Prime, Vudu, Hulu, YouTube, iHeartRadio, Redbox, CBS All Access, and more. All of these are easy to access directly from the TV’s remote control, and the services I tried (Netflix, Amazon Prime, and Hulu) all offered up exceptionally crisp and colorful 4K video delivery over my Wi-Fi network. Vizio also loads the TV with a free streaming service powered by PlutoTV, called “WatchFree,” which includes over 150 free channels, including movies, music, sports, lifestyle and other content. So theoretically, if you have a broadband Internet connection, you can watch lots of shows without paying a dime, and combined with a handful of the aforementioned paid services, it’s really easy to “cut the cord” with Vizio’s smart TVs. 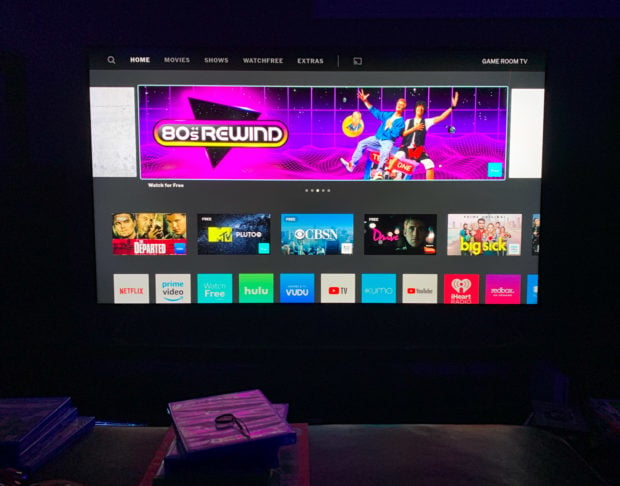 The included remote control is pretty basic, but gets the job done, offering quick and easy access to six of the most popular streaming apps, as well as volume, channel, menu, and input controls. It’s not designed for controlling multiple devices, so I recommend picking up a proper universal remote if you need to control more than just the TV. I also wish it had backlighting, as I was fumbling around to figure out which button did what in a darkened room. 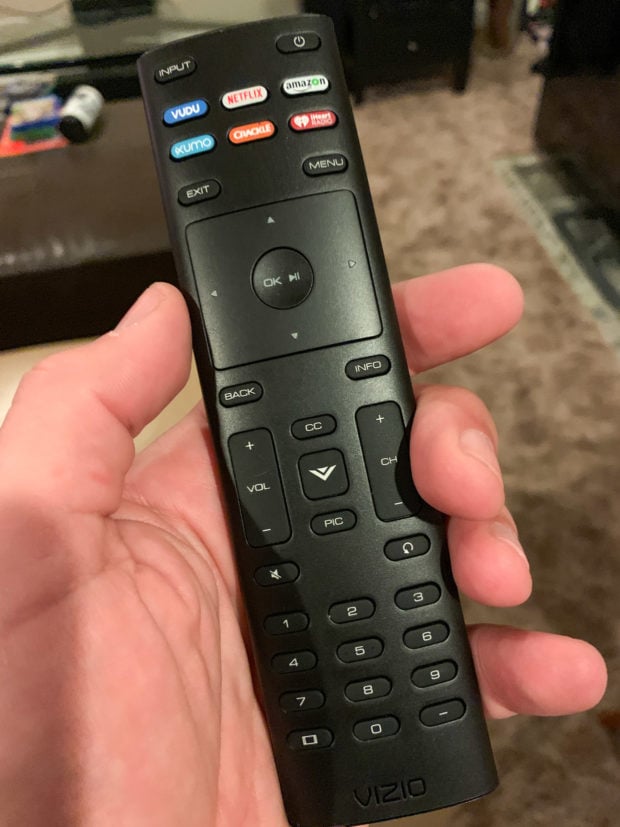 If the on-board apps aren’t enough, the M-Series also has built-in support for Chromecast, so you can use any app on your Android or iOS device that supports the tech to select and control video and audio from your phone or tablet, and then stream the content onto your TV. This worked seamlessly from my iPhone, and is great for things like quickly playing YouTube videos or other content you surfed to on your phone and want to share with others in the room. There’s also Apple Airplay 2 support, so you can stream music and videos from iOS apps that don’t support Chromecast. The TV also has support for controlling it via Siri, Google or Alexa voice assistants, but I didn’t have a chance to test this functionality. 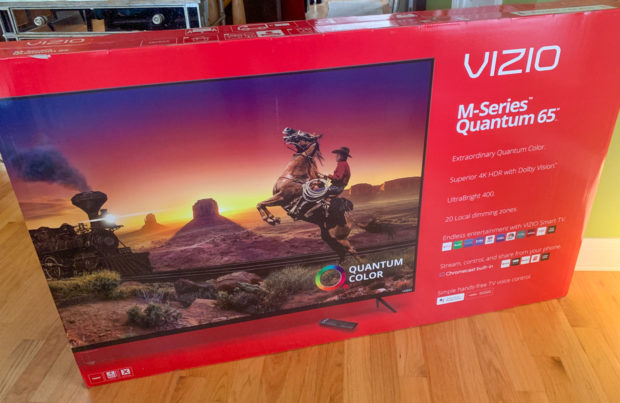 The Vizio M7-Series Quantum 65″ display represents an exceptional value, offering up fantastically crisp, colorful, and bright 4K images, and is packed with great Smart TV features. If you’re looking for a 65″ display with all the latest and greatest features that won’t break the bank, you’ll definitely want to put the Vizio high on your consideration list.