Do you have a path or driveway that gets really dark when the sun goes down? You could install traditional path lighting to help guide your way, or you could make the ground beneath your feet glow in the dark, which looks much, much cooler if you ask me. 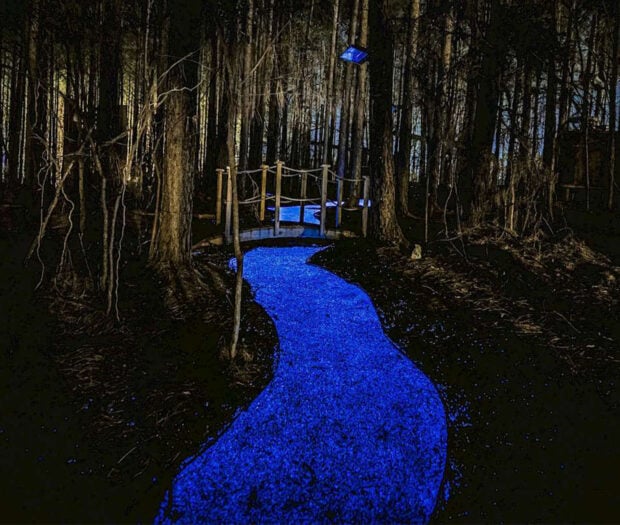 Core Glow makes special stones that are made with photoluminescent microcrystals, enabling them to glow as darkness falls. Charged up under bright sunlight or a direct ultraviolet light source, the stones can glow for up to 12 hours at a time. Like other glow-in-the-dark materials they do fade out as the night goes on, so they’re brightest for the first couple of hours after they’re charged up. 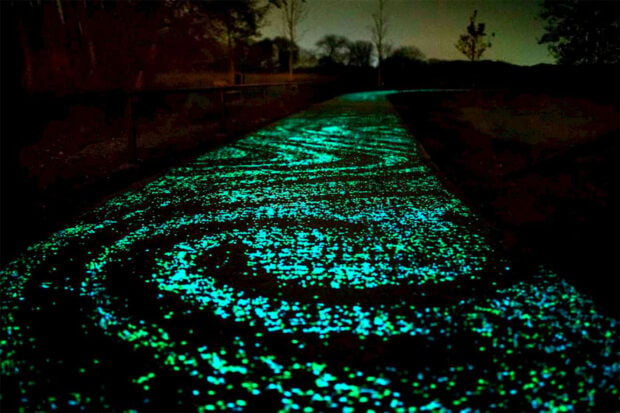 The stones can be incorporated into both indoor and outdoor projects by setting them into concrete, or used loose like gravel. Using concrete means you can make permanent designs, and won’t have to worry about them getting kicked around. You can also toss them along the edges of a path to create a border effect. 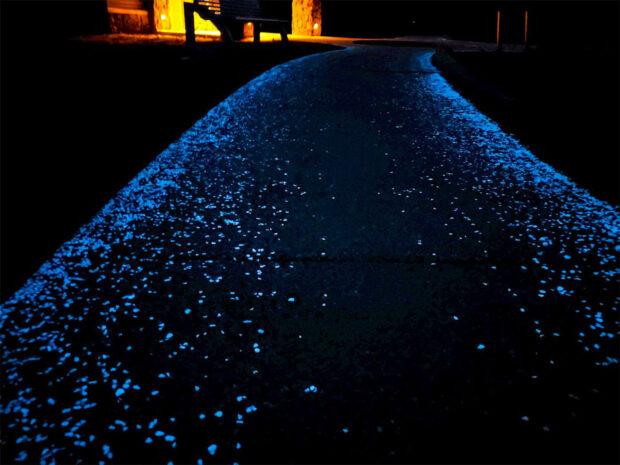 Core Glow makes their glowing stones in blue, green, or aqua, and in different diameters which can create various effects based on their size and density. For the brightest glow, their quantum grade aggregate is the material of choice. Prices for the commercial grade start around $39 for a 1-pound bag, which should cover about 16 square feet, while the quantum grade starts at $45. You can also get a commercial grade sample kit for $48, or a small sampler of quantum grade for $20 if you just want to test some out. 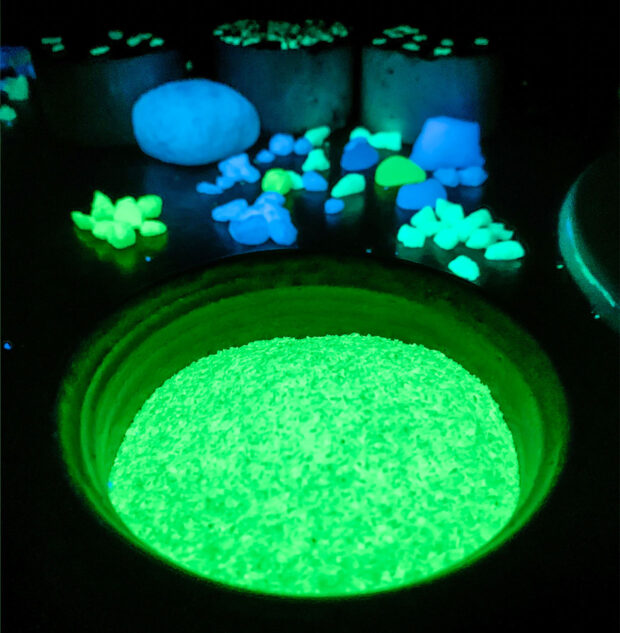