It takes a whole lot of work to create stop-motion animation. After all, the characters and scenery in each and every frame need to be precisely positioned before snapping each still image. At the traditional film rate of 24 frames per second, you need to shoot 1440 individual photos for one minute of footage. That’s why stop-motion animators sometimes choose to go with even lower frame rates, like 15 fps.

Digital animation tools usually include something called “tweening,” which can interpolate illustration positions to come up with an in-between frame. This can smooth out motion in two-dimensional images, but this approach doesn’t work well with photography. Now, thanks to neural network technology, it’s possible to cleanly interpolate frames between photographic images with impressive levels of accuracy. 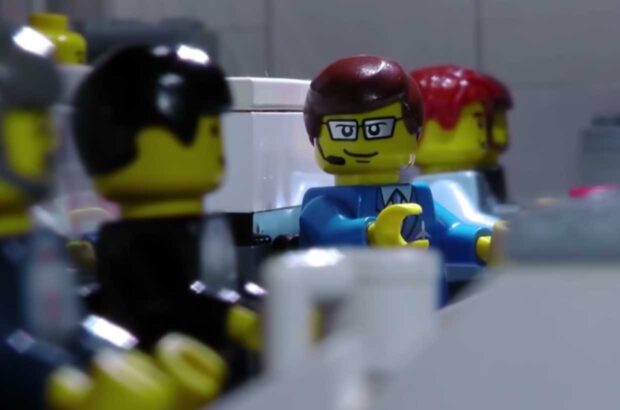 Recently, LEGO stop-motion animator LEGOEddy decided to run one of his 15 frame-per-second animations through a tool called DAIN, which was able to upsample his original video to a super-smooth 60 frames-per-second. The software not only interpolates frames but is able to properly handle things like depth of field and occlusion (objects being hidden behind others.)

The resulting footage is impressive, and surprisingly devoid of unpleasant artifacts. Here’s the full 60 fps version of LEGOEddy’s “Apollo 11: A Lego Story”

And here’s the original 15 fps version for comparison:

You can find out more about DAIN on Two Minute Papers, or download the application for free (or for a small contribution) from the project’s Patreon page, or the source code on GitHub.

[via Born in Space]