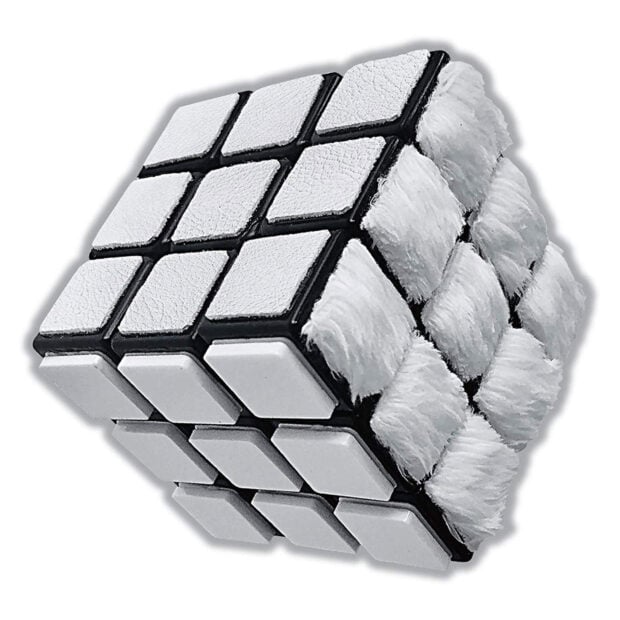 Available from the Japan Trend Shop for $43 or from Amazon Japan for ¥2,000, the cubes have six different materials on their pieces: synthetic leather, wallpaper, plastic, synthetic fur, silicone, and Velcro. Now I know what you’re thinking, but no, as tempting as it sounds you probably shouldn’t try to solve it with your tongue. Oh who am I kidding, I say go for it. 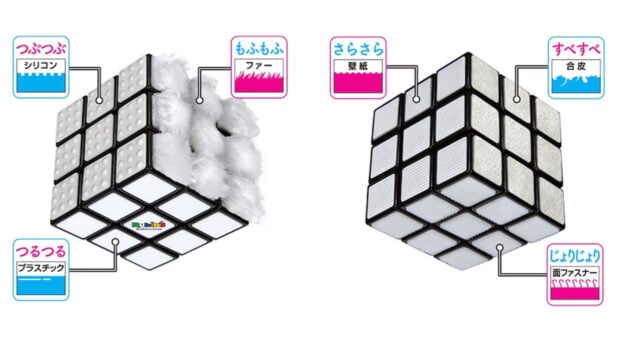 There are two kinds of people in the world: people who understand how to solve Rubik’s Cubes, and people like me. I’ve actually had the same Rubik’s Cube since I was six, and it’s spent its entire life outside of the packaging unsolved. Every once in a while I’ll pick it up and have a go at it, and every time I disappoint myself. A couple of months ago I tried following a guide to solve it, but even that was over my head. Threatening it with a hammer didn’t work either.