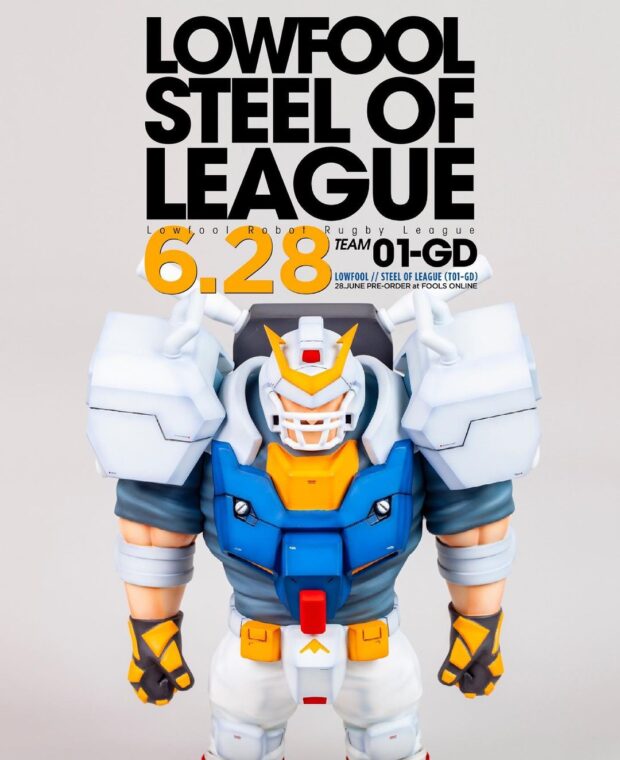 Prolific designer toymaker Fools Paradise is releasing a beastly figure that sees a rugby player wearing parts of the RX-78-2 Gundam as protective gear. The figure is called Lowfool Steel of League Team 01-GD. Yep, the toymakers are saying it’s for a robot rugby league, despite the face mask. It’d be silly to draw the line there right? 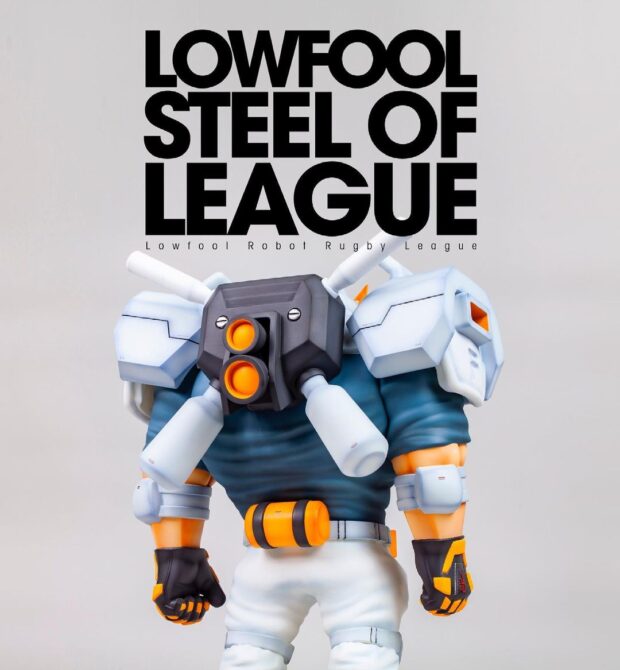 The long name implies that there will be other figures in their league. I hope they plan on making a Super Robot Wars-style universe. Head to Fools Paradise’s blog starting on 06/28/21 to pre-order. There’s no word on price as of this writing, but based on Fools Paradise’s previous releases, this will likely cost more than $350 (USD).