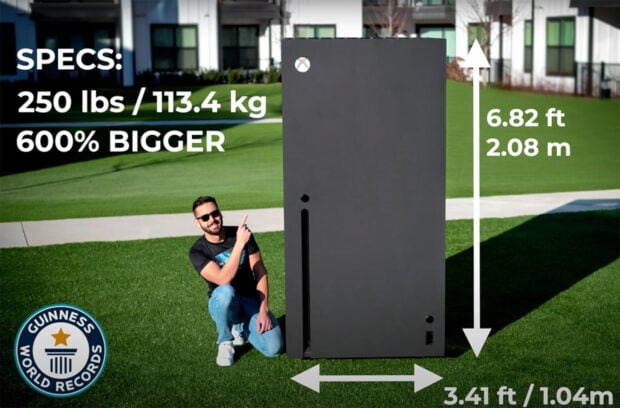 Dreaming big: some people take it literally. Case in point, YouTuber Michael Pick, who dreamed of a giant Xbox Series X console, then constructed this 600% version measuring 6 feet tall, 3.41 feet wide, and weighing 250 pounds. The console took home the Guinness World Record for World’s Largest Xbox Series X console, presumably because who else would ever do this? 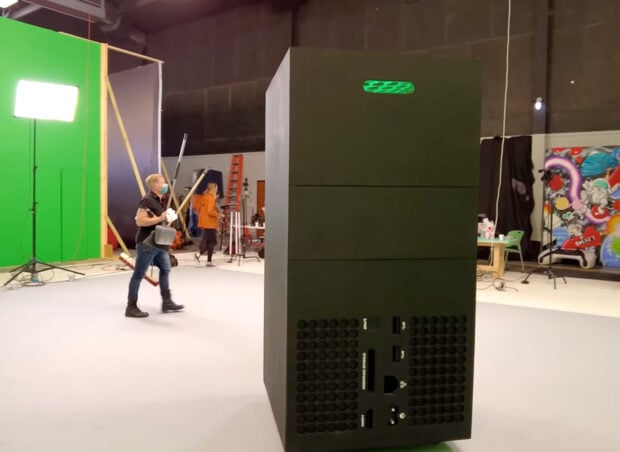 The console is basically a giant scale-size shell of an actual Xbox with the same comparatively small guts inside, but the power button works, and everything else is where it should be. I’m a little disappointed, but I guess that’s my own fault for expecting anything more from a giant Xbox Series X replica other than a bunch of empty space. At least they give it a cool paint job.

After completing the project, Michael donated the giant gaming system to the Atlanta YMCA Youth and Teen Development Center, so you can rest assured it found a good home. Would I have bought it if Michael had posted it on eBay? And paid shipping on that thing. Are you nuts?! I already learned my lesson buying that replica Raiders of the Lost Ark boulder last summer.