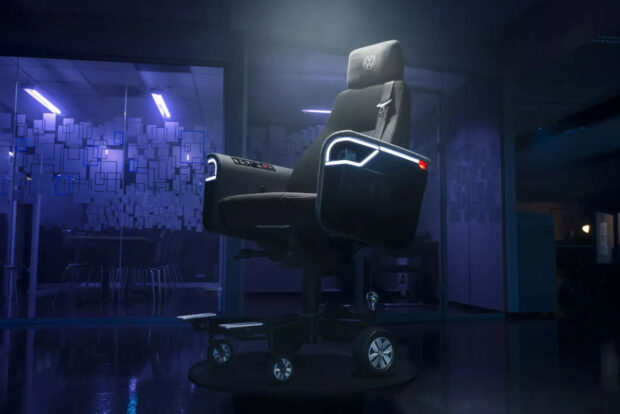 Inspired by the features found in its line of vans, Volkswagen Norway created a motorized office chair with all sorts of bells and whistles. The chair’s features include LED headlights, a seatbelt, a seat warmer, a horn, a tow hitch – even an entertainment system. So basically, an office chair that’s even nicer than my car. 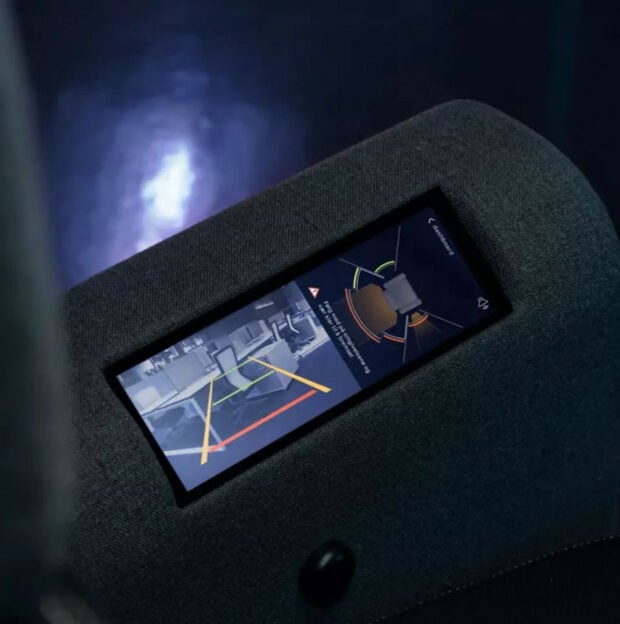 The foot-pedal-operated chair has a range of about 7.5-miles and a top speed of just over 12 MPH. It also has a backup camera and proximity sensors and a touchscreen entertainment center with integrated speakers. For reference, my car has a boombox sitting in the passenger seat operated by eight D batteries.

Unfortunately for business executives with corner offices and private bathrooms, the chair isn’t actually going to be sold but was made as a marketing piece to highlight VW’s van features. Which, from what I could gather, aren’t that different than other manufacturers’ van features. Those companies didn’t put them all in an office chair, though, which is why I’m only buying VW from now on. When’s the new microbus coming out anyways?