And You Thought the Xbox was Large… 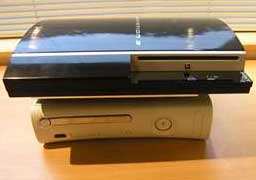 Gamesradar has done a side-by-side comparison of the Sony Playstation 3 and the Microsoft Xbox 360, using an accurately sized display prop provided by Sony.

I’m not sure what the Japanese market will think about this beast, given the past failure of larger consoles in that market.